Bioptic driving means the driver uses a small telescopic system to improve their vision while driving.

Vision requirements to get a license can be confusing, especially since they vary state to state. Generally, you need around 20/40 vision in your best eye, with many states also having a vision field requirement of around 100 degrees. Bioptic requirements can be even more varied, but this kind of driving is allowed in some form in at least 45 states. (Learn More)

There isn’t a lot of hard data available on bioptic driving. The evidence we have suggests that while bioptic driving is not safer than driving with no vision problems, it is not dangerous. More research should be done on the subject to get more conclusive data. (Learn More)

It’s important to check your local laws when considering bioptic driving. Some states clearly define their policies, but others are vague. Some states like Florida technically allow bioptic driving but not in a way that is useful to most people who could benefit from bioptic lenses. (Learn More) 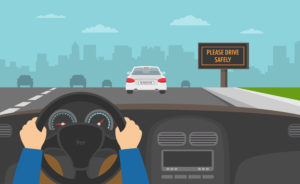 Having limited vision is frustrating when it comes to driving. Being unable to drive can be a major burden. Knowing exactly what is and isn’t permitted by your state’s DMV can be a bit complicated.

Driving laws related to vision are generally middling in their restrictiveness. Overall, they balance safety with allowing those who could reasonably be expected to drive their autonomy.

Here are some examples of the vision portion of these requirements:

Notably, some states don’t require field of vision requirements. Others vary in the strictness of the level of visual acuity they require, although generally not by more than 20 or so.

Where things get moderately more complex is when one discusses what role bioptic lenses are permitted to play in receiving a license. For example, Oregon’s DMV has another set of requirements in place that allow those who use bioptic lens to drive

The requirements are as follows:

Drivers who meet the above requirements after going through the proper procedures will then be able to drive with a limited license. The person may first need to be examined by a vision specialist. They may also need to enroll in a rehabilitation training program to help them learn to drive with bioptic lenses. The training program must be offered by a specialist who is certified by the DMV. They must then pass the relevant tests and pay the associated fees.

The restrictions on drivers who use bioptic lenses are relatively reasonable considering their vision problems. These drivers are only permitted to drive during the day and only while wearing their bioptic lenses.

While many states have similar requirements, a few don’t allow bioptic lenses to be used for driving, and many more exist in this confusing middle place.

Are These Drivers Safe? 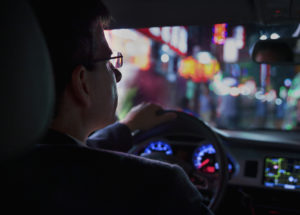 The reasonable question to ask with any policy around allowing those with limited vision to drive, even with limited licenses, is whether they and those around them will be safe on the road.

It makes sense that these lenses help drivers in at least some capacity, as the telescopic portion of the glasses allows drivers to much more easily see details, such as road signs. There are also multiple studies that show bioptic drivers report fairly high levels of satisfaction with the lenses, with many saying they’d use them even if not required by law.

Dr. Bradley Dougherty of Ohio State University College of Optometry discusses the reasonable concern that such drivers may still be dangerous on the road, even if they feel capable of driving well. Overall, the evidence is mixed regarding how safe these drivers may be.

Dougherty says there isn’t enough data and evidence to make sweeping claims about bioptic driving. He does note a few important things regardless.

First, one of the biggest predictors of a bioptic driver’s risk of collisions is how good of a driver they were before needing bioptic lenses. This makes sense. If a driver was a poor driver before needing special eyewear, they’re not going to suddenly improve.

Second, he notes that “novice bioptic drivers’ crash rates decrease significantly as they gain experience.” This is more or less true of new drivers with normal vision as well. At the same time, his team’s research found that bioptic drivers were at an increased risk of accident, with controls for other factors like age, gender, and population density.

This result was not immediately alarming to Dougherty, as he noted it was similar to the increased rates seen with other medical conditions or for new drivers with normal vision.

At least 45 states allow for bioptic driving in some form. Some states, like Oregon, are fairly clear in their requirements. Unfortunately, some other states fail to really define these allowances clearly.

Florida has a unique policy in place stating that bioptics cannot be used to pass the vision test but can be used for driving. Dr. Laura Kathleen Windsor notes this is an example of a catch-22 law, which is not useful to potential drivers who could safely drive if permitted to use these lenses. Since they can’t pass the vision test, they are unable to legally drive.

As with many places where law meets medicine, there are inconsistencies that can make navigating your state’s local law a bit confusing without doing a good amount of research. It may be a good idea to call your local DMV to ask about the exact policies in place if you require bioptic lenses to safely drive.

Safety of Patients Who Drive With Bioptic Devices Improves With Experience. (March 2015). Healio.