Accommodating IOLs: The Technology in 2022 (A Good Option?)

Intraocular lenses (IOLs) are tiny, clear, plastic lenses that are surgically implanted into the eye, most commonly during cataract surgery. A variety of IOLs have been approved for the treatment of different vision conditions.

Accommodating IOLs are a unique type of IOL primarily used for the treatment of cataracts, though they are more frequently being used to treat presbyopia. Unlike other IOLs, accommodating IOLs shift and adjust as your eye moves in order to provide focusing power for multiple distances.

Accommodation is the process that allows the eye to focus on objects at varying distances. As the lens becomes more rigid with age, accommodation declines. Accommodating IOLs are designed to restore the accommodation process in the eye. 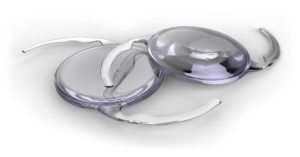 Since accommodating IOLs are not usually considered a medical necessity, they come at a higher out-of-pocket cost than other vision treatments, though insurance will likely cover a large percentage of the procedure. Cataract surgery may cost upward of $3,500, plus an upcharge for the use of premium lenses, such as accommodating IOLs.

The future of accommodating IOLs is encouraging, as a lot of new scientific research is being conducted on how to make the lenses even more effective and reliable. 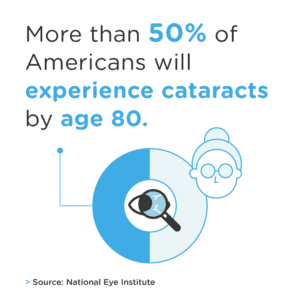 Intraocular lenses (IOLs) are small artificial lenses that are surgically placed into the eye. They are traditionally used for the treatment of cataracts, which cause your lens to become foggy orcloudy, making it difficult to see objects clearly. Through cataract surgery, the damaged lens is removed and replaced by a clear IOL.

Similar to glasses or contact lenses, IOLs come in different focusing powers. Prior to cataract surgery, the length and curvature of your cornea are measured to ensure that an IOL with the correct focusing power is being placed in your eye.

Most IOLs are made of silicone, acrylic, or other types of plastic. They are about a third of the size of a dime. The lenses can have a special coating on them to protect against UV rays.

How Are Accommodating IOLs Unique?

Accommodating IOLs are unique because they move inside your eye in order to accommodate focusing at different distances. They are designed to change shape like the eye’s natural lens, explains the American Academy of Ophthalmology (AAO).

With an accommodative IOL, most people find that they do not need eyeglasses or contact lenses after surgery. Some people, however, still prefer to wear glasses for extended periods of reading or other close-up activities.

What Is Accommodation Used For?

Around the age of 40, which is when many age-related eye conditions start to appear, the lens exhibits a clinically significant reduction in accommodation. Researchers believe that the stiffening of the lens as one gets older is the main cause of presbyopia, also known as the loss of accommodation.

Accommodating IOLs Compared to Other IOLs 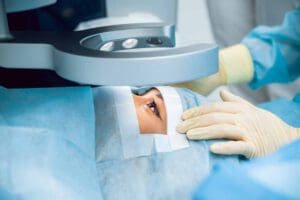 Accommodating IOLs can greatly increase your quality of vision and reduce your dependence on glasses, but there are still some drawbacks.

Researchers have identified some potential drawbacks of accommodating IOLs: 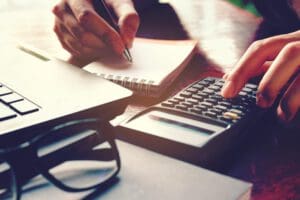 The cost of accommodating IOLs can be an additional drawback for some people. They are a premium type of lens that requires customization, so they are naturally more expensive than monofocal or even multifocal lenses.

Additionally, many private insurance plans, as well as Medicaid, don’t always cover the costs of accommodating IOLs for the correction of presbyopia. This is because they aren’t always deemed medically necessary.

The typical fee for presbyopia-correcting IOLs, such as accommodating IOLs, is about $1,200 to $3,500. Many insurance providers, including Medicaid, cover a percentage of the cost of procedures like cataract surgery. The remaining percentage, or copay, becomes an out-of-pocket cost for the patient.

Accommodating IOLs were developed to improve the outcomes of cataract surgery and to help patients with presbyopia regain clear close vision without compromising any of their long-distance vision. Researchers agree, however, that more controlled studies are needed to confirm the efficacy of accommodating IOLs and to discover how to make them even more effective.

Multiple independent researchers have reported the results of accommodating IOLs as modest in their ability to restore accommodation. Additionally, these benefits are sometimes lost over time due to changes in the capsular bag in which the lens is implanted.

As the FDA continues to review the data on accommodating IOLs, scientists are working on new ways to implant the lenses to make them more reliable and just as safe as any other type of IOL.

Accommodative Intraocular Lenses: Where Are We and Where Are We Going? (June 2017). Eye and Vision: BioMed Central.

Axial Movement of the Dual-Optic Accommodating Intraocular Lens for the Correction of Presbyopia: Optical Performance and Clinical Outcomes. (June 2015). Journal of Optometry.