The Pros & Cons of Different Eye Colors (A Guide) 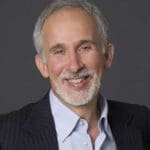 Most people have brown, blue, or hazel eyes, but there are other eye colors too.

While some mild health benefits and detriments have been linked to eye color, more research is needed. Overall, it is likely that eye color usually has minimal impact on a person’s health.

Two exceptions are albinism, which can cause a person to be significantly sensitive to light, and heterochromia, which is sometimes a sign of more serious health conditions.

The Science Behind Eye Color

Many people believe eye color is determined solely by a single gene, even having been taught as much in school.

The common misconception, once believed as fact by scientists, is that eye color was determined by one gene that expressed as brown (a dominant gene) or blue (a recessive gene). But we now know it is much more complicated than this.

A person's eye color is actually an expression of dozens of genes (over 60, according to one study). Even among people with the “same” eye color, such as blue, these genes can create subtle differences that mean your eye color is as unique as your fingerprints.

The actual pigment that gives the eye color is called melanin, which darkens your eye color. The gene groupings that cause your eye to have more melanin are the most common, which is why brown is the most common eye color. Brown was also the first eye color in human beings, with the rest coming later as genetic mutations.

The Most Common Eye Colors

Brown is the most common eye color both worldwide and in the United States, with more than half of people in the world having brown eyes. Because of where later genetic mutations originated, lighter eye colors almost exclusively exist among populations with European ancestry.

Brown eyed-genes are also generally dominant, meaning a person with brown eyes who produces a child generally has a greater than even chance of producing a child who also has brown eyes.

The second most common eye color is blue, with an estimated 17 percent of the world’s population having blue eyes. Blue-eyed genes are generally recessive.

It was once believed two blue-eyed people could not produce a brown-eyed child, meaning it was previously thought it might be a sign of infidelity if a child attributed to such a couple had brown eyes. This is not valid, and the reality is more complicated. It isn’t common for two blue-eyed parents to produce a brown-eyed child, but it is possible.

When discussing rare eye colors, it is common for people to bring up other colors they’re likely to have still seen in the general population of their community or at least on television. Eye colors such as green and hazel are rare but they aren’t actually the rarest.

The rarest eye colors are the result of extremely uncommon genetic mutations. For example, a mutation in the FOXC2 gene is thought to be the reason some people are born with violet eyes.

Another rare eye color, which might be called pink or red, is the result of albinism. A person born with albinism has almost no melanin in their skin, hair, and irises. In addition to giving a person naturally very pale skin and bright blonde or white hair, this also means their eyes have an unusual reddish or pinkish hue, although this unfortunately has the side effect of making them very sensitive to sunlight.

Some people are born with or develop a condition called heterochromia. This is when a person has a different eye color in each eye, most commonly brown and blue.

However, heterochromia usually isn’t serious and requires no treatment on its own if no other health conditions are detected.

Eye colors, like all colors, exist on a spectrum. In addition to broad color categories like blue or brown, eye colors can also be different shades.

A person’s eyes might be one of virtually infinite shades, many very difficult to distinguish from each other, depending on the specifics of their genetics.

Because of the sometimes simplified way concepts like genetics and Darwinism are taught, we might reasonably assume there is a survival-based reason various eye colors developed and survived in various human populations. While research is ongoing, this doesn’t seem to be the case.

Of all eye colors, brown seems to be the only one that could be called “advantageous” from a survival perspective. While more research is needed, darker irises are linked to a number of health benefits, including these:

Most potential benefits that might come from eye color are social. Some people find different eye colors more attractive or interesting. Different eye colors also make humans more diverse, which is arguably a positive where it doesn’t significantly impact health.

The following is a chart listing the estimated rate of each eye color in the general population. Note that because eye color is genetic, the specific ratio of eye color in a given community can vary significantly from these numbers:

4 Things Your Eye Color Might Reveal About Your Health. (January 2020). The Healthy.

This Is Exactly How Many People Have Blue Eyes. (December 2018). Yahoo.