Cataracts are clumps of protein that form on the surface of the lens, gradually obscuring vision until focusing through the affected eye becomes a struggle. (Learn More) Cataracts are a natural development of aging. The chance of one or more cataracts developing increases after a person passes 40 years of age, and roughly half of the population aged 80 or above have experienced cataracts. It is also possible to develop cataracts as the result of certain medical conditions. (Learn More)

There are two ways of treating cataracts: traditional (manual) surgery and laser eye surgery. Laser treatments are very popular, but they are not typically covered by most health insurance plans. Additionally, while they are generally quicker and safer than manual surgery for cataracts, the recovery period is roughly the same. (Learn More)

Choosing the right form of cataract surgery depends on your needs, your expectations, and a conversation with your doctor before you make any decisions (Learn More) 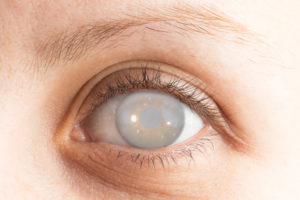 The term cataracts refers to a clouding on the lens of one or both eyes. The lens is normally clear, a film of tissue that focuses light onto the retina at the back wall of the inside of the eye. The retina is where the light is changed into nerve signals that are then sent to the brain, what we perceive as sight.

The lens is made up primarily of water and protein, which is arranged in a way that lets light pass through it while also keeping the lens clear. But through aging, some medical complications like diabetes, or health behaviors like smoking, the protein can clump together and form a cloud on a small part of the lens; this cloud is a cataract. If left untreated, the cataract grows larger, covering more of the lens and obscuring vision.

People who have cataracts experience a loss in sharpness of vision, so their sight is often blurred. Small cataracts might go unnoticed or the person thinks the minor lack of focus in their vision is not a big problem. However, cataracts tend to grow (that is, the clumps of protein expand) to the point where vision gradually worsens. Without treatment, the cloudy area in the lens gets bigger and bigger, and vision becomes very dull.

This also changes the color of the lens, which in turns adds a brown-colored tint to vision. This, along with the blurriness, can make reading, driving, and other activities more difficult to carry out. Further problems include an inability to perceive correct colors.

Cataracts are a common and normal part of aging. More than half the people over the age of 80 in the United States will develop a cataract on at least one of their eyes, and the risk of developing cataracts increases after the age of 40. Most cataracts are the result of aging, but they can also form as a result of the use of certain drugs, health problems, trauma, or a side effect of surgery.

Additional factors that contribute to the development of cataracts include: 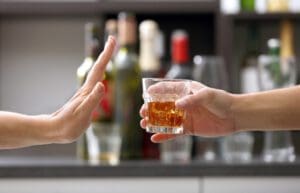 Some people are born with cataracts already formed, or they go on to develop cataracts during their childhood. This condition is known as congenital cataracts.

Surgery for Cataracts: Laser and Traditional

In the past, cataracts were treated with traditional surgery, but the rise of laser eye surgery has led to more options for patients. Traditional surgery (also referred to as manual surgery or phacoemulsification) is very commonly performed in the United States, and it is very safe and effective.

In traditional surgery, the eye surgeon uses a scalpel blade to make a small, manual incision in the side of the cornea. A microsurgical instrument is inserted through the incision, where it reaches the lens, sitting behind the pupil. The surgeon uses the instrument to cut a circular opening in the lens, where a probe is inserted to apply ultrasound waves to break up the protein clumps that form the cataracts. The broken pieces are removed via suction, and an artificial intraocular lens is used to replace the part of the natural lens that was removed. The side walls of the incision made into the cornea will be filled with a liquid that automatically seals after the surgery, rendering stitches unnecessary.

With laser eye surgery for cataracts, a camera or an ultrasound imaging device is placed over the patient’s eye to create a digital map of its surface and gather exact information about the condition of the lens. This device transmits the information to a computer, which gives the laser the precise location, size, and depths of the incision to make. The surgeon makes the corneal incision and opens the lens with the laser. The laser then softens the protein clumps, after which the ultrasound probe (the kind used in traditional surgery) is used to further break down the cataracts so they can be suctioned out of the eye. As with manual surgery, the doctor will place an artificial intraocular lens into the eye and seal the incision so no stitches are needed. 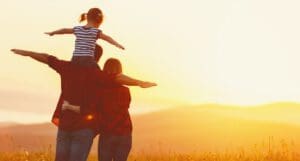 How to Choose the Cataract Surgery That Is Right for You

In making the decision of whether to treat cataracts through traditional surgery or laser eye treatment, the determination will ultimately come down to what an individual patient wants from their surgery. Some patients simply want to replace a cloudy lens with a clear implant, and they are perfectly content to wear glasses to complement their improved vision. Others want the best possible vision they can get without glasses, and they are willing to pay more money to get that. Researchers writing in the Ophthalmology and Therapy journal suggest that the two forms of treatment do not have to be in contention with one another, and the relative newness of laser-assisted surgery is a good complement to the long history and widespread acceptance of manual cataract surgery.

As you weigh your options regarding getting laser eye surgery for cataracts, talk with your doctor about your vision needs, your resources, and your expectations for life after cataracts. This conversation will help you choose the surgical option that is right for you.

Does Everyone Get Cataracts Eventually? (June 15, 2012). Live Science.