Cataract removal surgery is not an elective surgery; it’s medically necessary for millions of people all over the world. As technology improves, devices change or are added to the procedure that improve healing time, speed up surgery time, and boost overall outcomes for those who need cataracts removed. (Learn More)

For a long time, a skilled eye surgeon was considered the best way to remove diseases lenses that had cataracts, replacing them with an artificial lens called an intraocular lens (IOL). However, as laser surgeries for eyes become more popular and the technology gets better, more eye surgeons believe that laser-assisted cataract surgeries (LACS) should be available to a wider range of patients. (Learn More) Few insurance companies cover this cost, but there are some benefits to laser surgery; however, you may still prefer manual cataract surgery. (Learn More)

Learn more here about both types of cataract surgery, so you can speak to your optometrist or ophthalmologist about which procedure might work best for you. (Learn More)

Why Do Cataracts Require Surgery?

Cataracts are a disease of the lens in the eye, which clouds vision, causes blurry or double vision, leads to yellowing of colors, and will eventually lead to blindness if untreated. If you get regular eye exams, it is likely that your optometrist will catch cataracts as they form at an early stage and can monitor how they develop. Eventually, your eye doctor may recommend cataract surgery to correct the issue once the problem becomes serious.

There are two basic types of cataract surgery — traditional or phacoemulsification surgery, and laser-assisted surgery — which lead to the same outcome: removing the diseased lens and replacing it with an artificial lens. The main difference between the two procedures is the tools used. Your eye surgeon will either use a scalpel or a laser to make very small incisions in your eye.

There are some differences between the two procedures. Medical research is continuing to evaluate which operation has less impact and shorter healing times.

The 2 Types of Cataract Surgery Methods

While the ultimate goal of cataract surgery is the same, there are two approaches to this surgery.

Modern governmental guidelines currently recommend LACS in very specific instances; otherwise, traditional cataract surgery should be the course of action. For example, if you have an astigmatism, your optometrist or ophthalmologist may recommend LACS because the procedure can be used to correct the astigmatism while also treating the cataract. If you opt for a premium IOL like a multifocal lens, you may be offered LACS along with the upgraded lens. This is not because LACS and premium IOLs are both more expensive; rather, LACS allows your eye surgeon to position these lenses more precisely, so your eye can adjust to the new way of refracting light and seeing near and far objects more easily.

Although you can opt for a premium IOL, you cannot choose LACS; your eye doctor must recommend it for you based on the listed criteria. Thanks to medical research, we are learning more about the advantages and disadvantages between the two procedures, so in the near future, you may be able to choose between traditional and LACS for cataract surgery.

The benefits of traditional, or manual, cataract surgery are similar to LACS overall. Fast healing time will occur with a skilled surgeon just like it would with a programmed laser. There is a similar risk of complications like scars between the procedures.

The greatest advantage of traditional cataract surgery is the cost. A skilled surgeon will be covered by your insurance because cataract removal is considered medically necessary. However, most insurance companies will not fully cover (if at all) laser-assisted procedures because the expense of the machine is not currently considered medically necessary, as it does not dramatically improve healing or impact in this outpatient procedure. Some medical research does show that there may be some healing improvements with LACS.

Although refractive errors like nearsightedness were more improved with FLACS overall, studies show that people who underwent manual cataract surgery could read more letters at a distance compared to those who underwent FLACS. There were higher general rates of errors in FLACS compared to manual surgery, although this will change as more surgeons train in FLACS.

The Disadvantages of Traditional Cataract Surgery

If you need surgery to remove your cataracts, there are few disadvantages to traditional surgery, especially compared to FLACS. One major disadvantage involves different IOLs. If you choose a premium IOL, you will receive greater benefit for the overall fit and vision adjustment period if you pursue LACS, which has the preprogrammed precision to insert multifocal or toric lenses. While many eye surgeons can perform this procedure manually with consistent success and few complications, there is less risk with FLACS for these lenses.

Someday, the advantages of laser-assisted cataract surgery may outweigh those of traditional cataract surgery, but most eye surgeons agree that currently both procedures are largely effective in improving vision.

The Advantages of Laser-Assisted Cataract Surgery, Including New Types of Laser Surgery

Studies of femtosecond-laser-assisted cataract surgery (FLACS) find that the improved precision from lasers allows for very specific incisions in the cornea and lens capsule. If needed, these incisions are so precise that they can be repeated in follow-up surgeries. This procedure also reduces the amount of energy required for the ultrasound device to break up the lens for removal.

There are two main incisions in cataract surgery: the arcuate or corneal incision, and the capsulorhexis or lens capsule incision. Surgeons report that 90 percent depth into the cornea is the optimal incision depth, and using machine-calibrated lasers to make this incision allows for even greater precision. The capsulorhexis incision must be circular, and a programmed machine can use its laser to make a perfectly circular incision, which human hands — as skilled as they may be — cannot do.

Lasers can be adjusted so there is a smaller external width than the incisions produced by a scalpel, so there is less wound leakage. These machines also allow for much greater range of motion on the surgeon’s part, which is important with an organ as small and delicate as the eye.

With the help of a laser to soften the lens itself, the amount of ultrasound energy used to break up the cornea is reduced, which decreases the amount of trauma to the eye. One study reported that the laser softening was helpful when the cataracts were hard.

Because of the precision, there are few complications associated with the procedure, and most patients can tolerate FLACS well. The rate of visual recovery, including from refractive errors like astigmatism, is promising. Among people treated with FLACS, 89.7 percent reported greater than 20/30 vision compared to 84.2 percent who were treated with manual surgery. More people reported better than 20/40 vision with FLACS versus manual: 96.6 percent compared to 93.9 percent, respectively.

A retrospective survey examined 3,784 cases of manual cataract surgery and 3,371 instances of FLACS surgery between 2010 and 2012. The data showed that rates of vitreous loss were lower overall in the FLACS group, which can change how well the eye heals.

There are a few disadvantages to LACS.

If you do not have a specific reason to pursue laser surgery, either as a patient or as an eye surgeon, it may be best to opt for manual surgery for now. 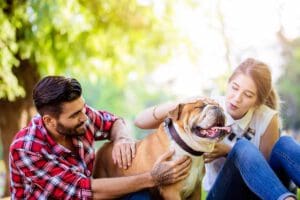 The American Academy of Ophthalmology (AAO) notes that both traditional and laser-assisted cataract surgeries have similar recovery times. One is not inherently better than the other for recovery. There are also similar rates of complications and errors between the surgeries, so the biggest difference is in out-of-pocket cost.

Traditional cataract surgery is considered a medically necessary procedure when it is recommended, so most insurance companies will cover the cost. However, LACS is more controversial on this front. Although it is not an elective surgery, it is not necessary to use more expensive equipment, so your insurance may not cover the full cost.

Once you have cataracts removed, you will notice immediate improvements in your overall vision; however, you may not get the vision you had when you were much younger. There are several age-related or trauma-related eye conditions that can affect your vision along with cataracts. This may mean that you still require glasses or contact lenses after your cataract surgery, but you will no longer experience the fuzziness, vision loss, double vision, or color changes in your vision that are caused by cataracts.

What Are Cataracts? American Academy of Ophthalmology (AAO).