Debunking LASIK Myths: What's True & What Is Not?

In the U.S., LASIK eye surgery is a relatively common procedure. Like most popular procedures, certain myths about LASIK have spread. For example, two common myths are that LASIK really hurts or causes blindness. 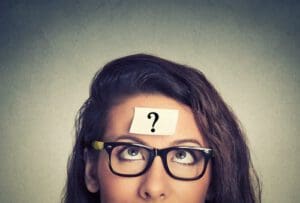 It is important that people are informed before they agree to have this surgery. The truth is there is sometimes a need for eyewear after surgery and other possible risks associated with LASIK.

By looking at the most common myths and learning the truth, you can make the best choice for your eyes.

Laser eye surgery is among the safest and most successful medical procedures across the globe. LASIK enjoys a 96-percent approval rating among patients who undergo it, and the risk of blindness following LASIK is exceedingly small. There have been cases of patients around the world experiencing some degree of vision loss following LASIK. However, these cases are rare. There are no reported cases of total blindness directly from LASIK.

For someone to go blind from LASIK, a series of events must happen in succession and remain undiagnosed or ignored, London Vision Clinic surgeon Mr. Glenn Carp said.

Today, this is unheard of. Surgeons implement thorough assessments and screening processes designed to prevent unexpected complications. According to Dr. Carp, the risk of losing your vision in one eye following LASIK is 1 in 5 million.

The risk of blindness may only increase if you don't follow the correct aftercare protocols. Improper care can cause eye infections that may lead to blindness in some instances, although this is also rare but has been reported. Overall, you can avoid almost all complications from LASIK by following the aftercare procedures the laser eye surgeon recommends.

To reshape the cornea, the doctor has to first access it. This involves creating a corneal flap. Once the surgery is over, the flap is laid back into place to heal on its own. Some people believe that the flap never actually heals. However, this is not true.

The flap starts to heal within one day of having the surgery. While it is possible to experience complications with this flap, one study found that movement of the flap only happens in under 1 percent of recorded cases, so it is rare. 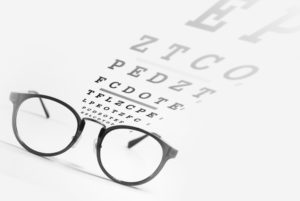 Most patients who undergo refractive surgery hope they are free from having to wear contact lenses or glasses after the procedure. The reality is that some people will still need corrective lenses at some point following LASIK.

One case where this is necessary is when the correction following surgery is slightly off. An under-correction or overcorrection can necessitate the use of contact lenses or eyeglasses in the rare case that a surgical enhancement isn’t possible.

Another reason where corrective lenses may be necessary after LASIK is if you develop age-related presbyopia. This condition makes it difficult to see up close objects and usually begins between 40 and 50 years.

Other cases where corrective lenses may be necessary are when you develop residual astigmatism, refractive error shifts, corneal haze, multifocal corneas or central islands.

No one wants to experience pain if they can avoid it. One common myth is that LASIK is very painful.

Before the procedure, the doctor will apply anesthetic eyedrops to prevent pain during the surgery. These eyedrops numb the eyes.

It is possible to feel some pressure during different parts of the surgery, such as when the doctor is creating the corneal flap. This pressure generally does not cause pain, and it only lasts for under a minute.

Other parts of the surgery may produce unusual sensations, but not sensations that are considered painful.

MYTH: Anyone can have LASIK. 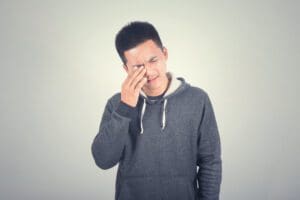 The following factors may increase a person’s risk of complications following LASIK surgery.

One myth regarding LASIK surgery is that the lasers used during the procedure can burn the eyes. Some people online have said that they could smell a burning sensation during LASIK, and they assumed that this was the laser burning their eyes. This is a myth that has been thoroughly debunked.

The lasers used during this procedure do not burn the eyes. It is possible to smell an odor that is similar to burning. However, this is due to the concentrated light frequency that emits from the excimer laser disrupting corneal cell molecular bonds. Burning is not something that people need to worry about during the procedure.

MYTH: No one knows the long-term effects of LASIK.

It is not uncommon for people to say that no one knows the long-term effects of LASIK surgery. This is not true.

In the U.S., the first LASIK surgery was performed in 1991 by ophthalmologists Dr. Stephen Brint and Dr. Stephen Slade.

This surgery has been around long enough for doctors and scientists to know what people should expect 10 or more years after surgery. 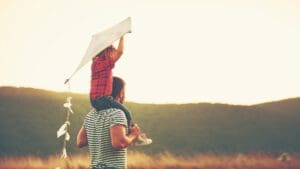 One major myth surrounding LASIK surgery is that the results that are achieved are not permanent. While not guaranteed, for some people, the results they get from LASIK are permanent.

It is important to remember that despite this surgery, it is possible for lens changes to occur. This could result in people who have had the surgery experiencing nearsightedness, astigmatism, or farsightedness in the future.

Should someone develop a refractive error in the future, they may be eligible for LASIK enhancement. This is a follow-up procedure for people who have had LASIK in the past. It may be performed to help restore clear vision.

Having LASIK also does not prevent people from experiencing other eye issues in the future. For example, people can go on to develop glaucoma, cataracts, or age-related macular degeneration later in life.

It is important to remember that like farsightedness and nearsightedness, astigmatism is a refractive error. When someone has this error, their cornea has an asymmetrical shape. The lasers used during LASIK surgery can help to eliminate astigmatism-related vision issues by precisely reshaping the cornea so it is more symmetrical.

If someone’s astigmatism exceeds 3.0 diopters in magnitude, LASIK can still be used. However, the person might need to have LASIK enhancement at some point in the future as a way to finetune the corrections the initial surgery made to their vision. Most cases of astigmatism do not exceed 3.0 diopters, so this is an issue that most people do not have to worry about.

One common myth about LASIK is that people who undergo the procedure experience dry eye long term once it is over. Dry eye can happen after LASIK, but it is usually temporary and goes away after a few weeks. In fact, there was a study done that concluded that long-term dry eye was not an issue following LASIK surgery.

This study also looked at halos and glares following LASIK. It concluded that while these effects may occur temporarily following this surgery, they do not last long term.

LASIK myths often proliferate because someone is not familiar with the procedure.

Your doctor will be the best source of information on the facts behind LASIK. They can tell you how they think it will work in your particular case, and they can make you aware of any potential complications they foresee for your specific situation.

Can LASIK Make You Go Blind? All About Vision.

When Is LASIK Not for Me? U.S. Food and Drug Administration.

Can You Wear Contacts After LASIK, if Needed? American Academy of Ophthalmology.

Does LASIK Hurt? All About Vision.

How Long Does LASIK Last? All About Vision.

Can LASIK Fix Astigmatism? All About Vision.

How to Prevent Infection After LASIK or PRK. (March 18, 2021). Optometry Times Journal.