IntraLase vs LASIK: How to Choose

LASIK was one of the first laser-based eye surgeries to treat most refractive errors. IntraLase was developed by Johnson & Johnson as an improvement on the basic LASIK procedure, and it is now one of the more popular bladeless LASIK operations.

There are many similarities between traditional LASIK and IntraLase, but the differences create subtle benefits and disadvantages. Understanding these can help you decide which might work better for you.

Because there are so many similarities, the risks and side effects are similar. Both operations have a very low risk of causing severe harm to your vision. Most people achieve 20/40 vision or better with either option.

The decision between IntraLase and LASIK is personal. Work with your eye doctor to decide which procedure might be your best option. 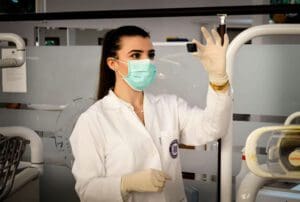 Laser-assisted in situ keratomileusis (LASIK) was approved by the United States Food and Drug Administration (FDA) in 1999. Since this vision correction procedure was approved, about 10 million people have benefitted from this fast, simple, outpatient operation.

LASIK’s popularity peaked around 2000, when an average of 1.4 million people received LASIK to correct their refractive error. Now, about 700,000 people get LASIK every year.

The original LASIK procedure involves two steps. First, a device called a microkeratome, which is a very small blade, creates a tiny flap of tissue on your cornea. This flap is pulled back for the second step, in which an excimer laser removes some corneal tissue to reshape this part of your eye, allowing light to refract more clearly onto your retina. The flap is then returned to its original place.

Although many eye surgeons still use the microkeratome for traditional LASIK, medical research sought a more efficient, less invasive method. Johnson & Johnson developed a device called the IntraLase femtosecond laser, which is used in some forms of bladeless LASIK to create the flap, rather than a microkeratome. While both IntraLase and traditional LASIK procedures work well for many people, you may benefit from one more than the other.

Which Is Better: IntraLase or LASIK?

IntraLase is a modification to the original LASIK procedure, making it less invasive, so you have a faster healing time.

There are not many differences between IntraLase and traditional LASIK, but each procedure has some subtle variances in their pros and cons. Understanding these, and who benefits from the differences between them, can help you decide which outpatient refractive surgery you would rather discuss with your ophthalmologist.

If you undergo traditional LASIK once, and your vision is undercorrected or overcorrected, you may have to undergo a different, more invasive eye surgery to manage the problem. This means your healing time will be longer, and you may not achieve visual clarity (20/40 or better) without the help of glasses or contact lenses. While this is unlikely, some people have reported that they did not get good visual acuity after traditional LASIK due to overcorrection or undercorrection.

Side Effects & Risks of IntraLase vs. LASIK

The risks associated with traditional LASIK and IntraLase are very similar since both procedures have similar steps and devices involved aside from flap creation. Temporary side effects include:

These typically go away after about six months. If they do not go away, start getting worse, or are accompanied by eye pain or discharge, contact your eye doctor immediately for help.

You are at low risk of severe side effects as IntraLase and other LASIK technologies improve, but there is still a small risk of adverse effects on your vision. These side effects are very rare and may include:

Most people who undergo either traditional LASIK or IntraLase get 20/40 vision or better, with minimal side effects for a few weeks. Laser eye surgery technology has advanced significantly over recent decades, and is now considered one of the safest surgical procedures on the market.

Unless you are still an adolescent, have an unstable refractive error, have very thin corneas, or have an existing health problem, you should be a good candidate for either procedure. You may be more interested in one over the other, or your eye surgeon may recommend one over the other.

Work With Your Doctor

Optometrists and ophthalmologists debate whether IntraLase vs. LASIK is better. Both procedures are very similar, so the final decision comes down to your eyes and what your eye surgeon is trained to perform.

Both outpatient procedures have good success rates, cost about the same, and require little time for the operation and recovery. If you have questions about either operation or which might work better for you, ask your eye doctor.

How Does It Work? Johnson & Johnson Vision.