Pros and Cons of Laser Eye Surgery: Is It Worth It?

Laser eye surgery is a complex and delicate medical procedure, where an eye surgeon cuts a circular flap on the surface of the cornea to remove the excess tissue that contributes to deteriorated vision. (Learn More) Hundreds of thousands of people get laser eye surgery every year, but it is not for everyone.

Some people have negative reactions to the operation because of pre-existing medical or lifestyle conditions. In rare cases, patients experience a decline in their quality of life after they receive the surgery. (Learn More)

In deciding whether the pros and cons of laser eye surgery make it worthwhile, patients should research how much of a benefit the procedure will be to them, how much it will cost (and what their payment options are), who the best doctor is to perform the surgery, and what short-term and long-term changes they can realistically expect. (Learn More) 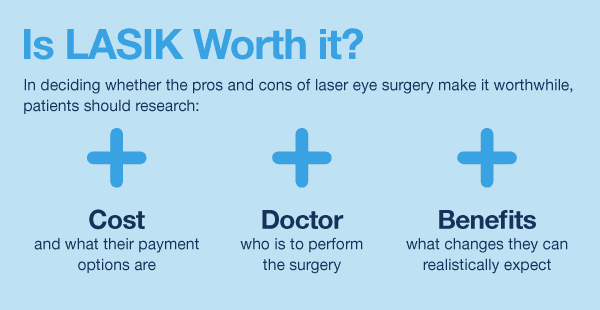 What Is Laser Eye Surgery?

The American Refractive Surgery Council explains that the procedure is intended to correct long-term vision problems in people who are eligible to receive it. It starts by a surgeon making a microscopic, circular incision into the cornea, the surface of the eye, with a femtosecond laser (an infrared laser that pulses at one quadrillionth of a second, creating infinitesimally small tissue disruptions in the cornea). This process takes only a few seconds. When the cut is made, the surgeon carefully lips the newly formed flap to reveal the precise location of where the vision correction treatment will happen: right under the surface of the eye.

After that, a laser guided by a computer permanently cuts away the tiny pieces of tissue that are responsible for the vision problems. The flap is then put back into place, serving as a natural bandage to protect the treated part of the cornea as it heals from the operation.

Before the surgery begins, the doctor administers numbing drops to anesthetize the eye. This renders the process relatively painless, although patients will likely experience pressure from the device that holds their eyelids open, preventing involuntary blinking. It is normal for some patients to continue to experience some discomfort for a few hours after the operation.

This does mean that patients are awake while the surgery is performed on their cornea, but the numbing agents (usually tetracaine or proparacaine) are very effective in blocking the nerve endings in the eye from feeling any pain. Additionally, the laser is so perfectly calibrated that if your eye were to move, the computer-assisted tracking mechanism in the laser would follow your cornea. Even if you were to sneeze, or to do something that makes your body suddenly move, the laser will automatically deactivate to avoid damaging any tissue in your eye. 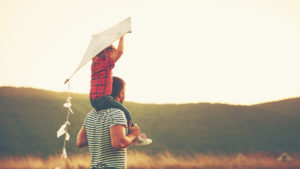 Is Laser Eye Surgery for Everyone?

Laser eye surgery is an incredibly common and popular form of elective surgery. Ever since the procedure was approved by the Food and Drug Administration, around 10 million Americans have decided to use it, with 700,000 people getting their eyes operated on every year.

Having said that, it is not for everyone. Certain people have medical conditions, family histories, or environmental and lifestyle factors that might render them ineligible for the operation. For example, a patient who has an autoimmune disorder, like lupus or HIV, might be at risk if they don’t disclose this to their doctor. Conditions that involve the body’s inability to heal itself, or that render it more prone to infections, might mean that the cornea’s recovery is stunted. An autoimmune disorder would most likely make a person ineligible to receive laser eye surgery for this reason.

Similarly, complications from diabetes can affect the eyes, and laser eye surgery cannot help with that. Diabetes can also slow down recovery, so a diabetic patient who receives refractive surgery will likely experience a longer recovery time. Patients who experience fluctuating blood sugar levels because of their diabetes will have to change their prescription medications on a regular basis, and this will complicate the cornea’s healing process.

Lastly, any conditions that cause dry eyes, such as high blood pressure and hormonal imbalances, can result in patients experiencing postoperative pain and delayed healing times.

In addition, a small part of the population experience persistent side effects and aftereffects of the surgery that negatively impact their recovery and quality of life. This can mean that, uncommon as though they may be, there are downsides to receiving laser eye surgery.

To demonstrate this, Everyday Health profiled three people who underwent laser eye surgery, all of whom came away with very different experiences.

Michelle started losing her vision when she was only 27. She disliked wearing glasses, and could never get used to contact lenses. She was forced to squint to see signs and read menus, which led her to develop wrinkles in her forehead in addition to the progressive loss of vision. Her experience with laser eye surgery surprised her. She was not expecting how quick and easy it would be, going to her appointment after her workday ended and leaving just two hours later.

The staff at the surgery center answered all of Michelle’s questions and “really put [her] at ease,” which complemented the research she had done to find the treatment facility that would be a good fit for her.

Laser eye surgery was very much worth it for Michelle. Her vision is significantly better than it was before the operation, and she only occasionally has to use eye drops. She described her experience as “wonderful.” 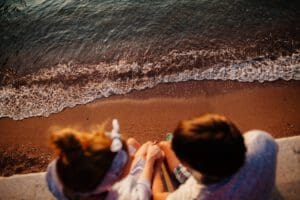 Not everyone has such a positive experience with laser eye surgery as Michelle did. Carole, aged 61, had to look at a computer screen for her job for up to 10 hours a day. She suddenly developed pain from her use of contact lenses and decided to get refractive surgery to take care of all her vision problems in one swoop.

However, even after her eyes recovered from the procedure, Carole noticed that she still had trouble making out images on screens. She had paid for follow-up care as part of the operation, but the service she received at her surgeon’s office left her frustrated.

Lastly, Elizabeth (aged 31) was told she was a good candidate for laser eye surgery. She struggled with dry and itchy eyes as a result of her contact lenses and made good on her interest to get her eyes surgically improved.

But immediately after her surgery, she started noticing the side effects: halos and seeing double when she tried to read. As a teacher, this represented a significant impairment to her livelihood and in her personal life as well. On more than a couple of occasions, her vision was so bad that she was unable to drive.

Just two months after her laser eye surgery, Elizabeth had to go back to wearing glasses fulltime. She had another procedure done on her eyes, but that was not enough to solve the problem of the halos she was seeing. 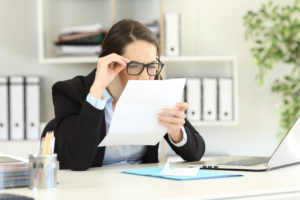 Weighing the Pros and Cons

It should be noted that most people come away very satisfied with their laser eye surgery. As the cornea is allowed to heal, there are immediate and dramatic improvements in their vision. In as little as 18 to 36 hours, a majority of patients enjoy uncorrected vision that was as good as (if not even better than) their vision when they used glasses or contact lenses before receiving the procedure.

As recently as 2012, many children who have to wear glasses reported being bullied for that fact. For people who have issues of self-esteem because they have to wear glasses, or who are so averse to putting their fingers near their eyes that they struggle to wear contact lenses, laser eye surgery has the potential to assuage all their fears.

There are other reasons for not wanting to wear contact lenses. They can reduce the supply of oxygen to the cornea and impair the ability of the eyelids to naturally clean any toxins and allergens from the surface of the eye.

But as with any kind of surgical procedure, especially a procedure that has a significant impact on an organ as delicate as the eye, there are risks, and you should be fully aware of them before you make a decision. For example, the surgery might undercorrect or overcorrect. In an undercorrection, the laser does not remove enough tissue from the cornea, so the patient still has vision problems even after the operation. In an overcorrection, the laser removes too much tissue, making the patient painfully sensitive to bright lights. An undercorrection can be addressed by a second surgical appointment with a year, but an overcorrection is harder to remedy.

Astigmatism (a common imperfection in the curvature of the eye) is one of the conditions that can be addressed with laser eye surgery, but laser eye surgery that does not cleanly remove all tissue from the cornea can cause astigmatism in people who don’t have it or exacerbate the condition in those who do. This may require more surgery or continued use of corrective lenses.

Other issues include the development of subconjunctival hemorrhages, red spots forming on the sclera (the white part of the eye). Subconjunctival hemorrhages tend to occur immediately after laser eye surgery, and they are caused by the suction ring that was used to hold the eye in place while the laser made the flap in the cornea. They are effectively bruises on the surface of the eye. They can last from a week to a month, and they can be imperceptibly small or visibly cover most of the sclera.

Subconjunctival hemorrhages look distressing, but they are only cosmetic injuries, and they do not cause pain. They will naturally clear within a few weeks of the surgery; however, some patients may have medical conditions that complicate what is an otherwise benign condition. An eye surgeon conducting a preoperative evaluation will likely detect any red flags that suggest the patient might develop subconjunctival hemorrhages or whether they could go on to become a larger problem. In most cases, they will resolve themselves.

Is Laser Eye Surgery Worth It?

Despite the significant improvement to vision that laser eye surgery can bring, it is not a “miracle” cure. A number of patients might still need prescription glasses to see in low-light conditions or to read small print. An important factor in the decision to get laser surgery is whether the realistic expectations are worth the cost and temporary inconvenience, such as taking a couple days off work after the surgery to allow your eyes to heal.

Ultimately, the question of whether laser eye surgery is worth the pros and cons depends on the investment (financial and otherwise) the patient is ready to make. It is a complex medical procedure with the possibility of rare problems occurring. In extremely uncommon cases, these problems might permanently affect the patient’s vision and their quality of life.

Doing due diligence research, and being completely honest with a doctor about any potential risk factors (no matter how innocuous), can help you and your doctor decide if laser eye surgery is right for you.

How Does LASIK Work? Everything You Need to Know About LASIK Eye Surgery. (June 1, 2017). American Refractive Surgery Council.

Kids Who Wear Glasses Feel Worse About Themselves, Studies Find. (May 9, 2018). The Globe and Mail.