Traditionally, LASIK was performed using a blade, but the bladeless option is becoming more common. The primary difference between the two LASIK types is how the surgeon creates the corneal flap.

Outside of the creation of the flap, both types of LASIK work the same way. The procedure is very similar whether a person chooses blade LASIK or bladeless LASIK.

There are some minor differences in safety and risks between the two types of LASIK. Some people may be better suited to one form. Both types of LASIK produce similar results.

How Does LASIK Work? 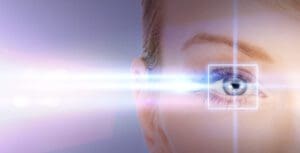 This surgery works to reshape the cornea, so when light enters the eye, it focuses on the retina properly. This allows for clearer vision.

On average, it takes about 15 minutes to perform LASIK on both eyes. People can start to notice a difference in their vision without contact lenses or eyeglasses within as little as 24 hours after the procedure.

The procedure is largely the same for LASIK with a blade and without a blade.

After getting the person into position, the surgeon administers anesthetic eye drops to promote comfort during the procedure. In some cases, a medication to help the person relax is administered. Then, the surgeon creates a flap in the cornea using a femtosecond laser or a microkeratome. With both approaches, the corneal flap is very thin.

The surgeon moves the hinged flap back so they can access the cornea. Using an excimer laser, the surgeon removes some of the corneal tissue. This type of laser is highly specialized, and it can remove tissue in microscopic amounts using a cool ultraviolet light beam. This allows the surgeon to precisely reshape the cornea.

When the surgery is performed for nearsightedness, the surgeon works to flatten the cornea. They make the cornea steeper when they are working to correct the vision of someone with farsightedness.

When performing LASIK for astigmatism, the surgeon aims to create a more normal shape for the cornea. This is accomplished by smoothing the abnormal aspects of the shape.

After the surgery, the patient is allowed to rest for a short while. It is possible to experience some itching or burning, but this is temporary. The patient undergoes a short post-operative examination and then can go home.

The only type of bladed LASIK surgery you can get is standard LASIK surgery. This procedure is safe and effective, and you can expect results that are about as good as what you would get from standard bladeless surgery.

Bladeless techniques can also be used for standard LASIK surgeries. This procedure may also be called Intra-LASIK when only lasers are used to perform it.

Topography-guided LASIK is another type of bladeless LASIK surgery. This technique uses a laser equipped with mapping technology to create a digital map of the surface of your eye. Your surgeon can use this information to correct any imperfections on the surface of your eye and improve your vision even more than standard LASIK.

Finally, bladeless LASIK also includes wavefront-guided surgery. This technique is a lot like topography-guided LASIK, but the imaging laser maps your entire eye instead of just the surface. Wavefront-guided LASIK is considered to be the best LASIK treatment available, but not all surgeons use it.

People cannot drive after this surgery, so they should prepare with a ride home.

The Difference Between Blade and Bladeless LASIK

The tools used to create the corneal flap are the difference between blade and bladeless LASIK.

The blade type of this procedure uses a microkeratome. This is a surgical instrument that allows for precision. It has an oscillating blade that lets the surgeon cut a hinged, thin flap in the cornea.

The bladeless type of the procedure uses a femtosecond laser. This high-energy laser is used to create the corneal flap.

After creating the flap using the blade or bladeless technique, the remainder of the LASIK surgery is the same. The surgeon uses the excimer laser to reshape the cornea in both types of LASIK. 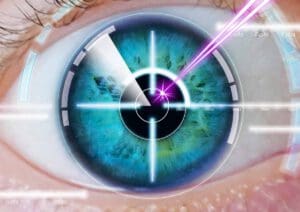 The preparation and aftercare instructions are the same for both types of LASIK.

LASIK surgery using a microkeratome to create the corneal flap has been used longer than the bladeless type. In 2001, bladeless LASIK started being performed in the U.S.

There are certain considerations with each type of LASIK surgery. In regard to microkeratome-created flaps:

In regard to femtosecond laser-created flaps:

Which Option Do Ophthalmologists Prefer?

Both types of LASIK surgery are considered safe and effective, but do eye doctors prefer one over the other? Generally speaking, yes.

Many ophthalmologists like bladeless surgery because it offers several advantages for patients that bladed surgery does not. These include:

These advantages have led many prominent eye doctors to say they prefer bladeless to bladed LASIK.

However, the outcome of any surgery can depend on the skill of the surgeon performing it. A surgeon who rarely uses bladeless techniques might not achieve the same outcomes as one who has more experience with them.

Bladed surgery has been around longer, so many surgeons are more familiar with it. This means that they may be more confident that they can give you good results using bladed techniques than bladeless ones.

If you have no strong preference between bladed and bladeless LASIK surgery, ask your surgeon which one they would recommend and why. Their answer will let you know where they stand on this topic, and you can factor that information into your final decision. 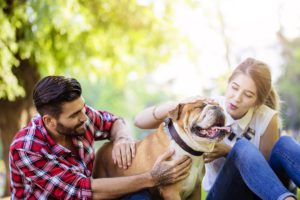 The risks of LASIK surgery are generally the same for both the blade and bladeless type of the procedure.

In the U.S. over the past 10 years, millions of people have had LASIK and the risk of experiencing severe complications is low.

There are certain side effects that people may experience after LASIK surgery. These are usually temporary. They include:

Both types of LASIK are considered to be effective for improving vision. The femtosecond laser creates a little bit better quality vision and fewer complications. However, the best choice for an individual depends on various factors, such as their overall visual and general health.

One study shows that bladeless LASIK may be the superior choice. By exploring the clinical results, the researchers determined that the people who underwent bladeless LASIK did better at each stage compared to the people who had blade LASIK. On day one post-op, 68 percent of the bladeless recipients achieve 20/16 vision. The study concluded that the results remained similar at one week post-up and at one month post-op.

All people who are considering LASIK should talk to their doctor about which type is best for them. The surgeon will evaluate the benefits of each type and assess the person’s individual health to help them make the best decision.

The LASIK Procedure: A Complete Guide. All About Vision.

A Look at LASIK Past, Present, and Future. American Academy of Ophthalmology.

Blade vs. Laser: Is There a Difference in Outcomes? Review of Ophthalmology.

Comparison of the femtosecond laser and mechanical microkeratome for flap cutting in LASIK. (August 2015). International Journal of Ophthalmology.

Is LASIK Right for Me? (October 2008). American Academy of Ophthalmology.

A Look at LASIK Past, Present and Future. (June 2009). American Academy of Ophthalmology.