Zyoptix: What Makes It Right for You?

Zyoptix is the name for a complete system used in newer LASIK procedures. The entire device incorporates wavefront technology, which creates a topographical map of your cornea. This map will be used to program the laser that will reshape your cornea, so irregularities and aberrations beyond the refractive error can be addressed. 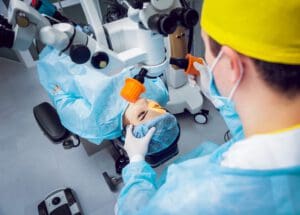 This approach has improved vision for thousands of patients over almost 15 years. If you have a high myopia or other refractive error, or other problems like night vision issues that may lead to problems with traditional LASIK, Zyoptix may be able to help you.

What Are LASIK and Zyoptix?

LASIK (laser-assisted in-situ keratomileusis) is a vision-correcting procedure that uses computer-guided lasers to fix refractive errors by reshaping the cornea. The following are the most common refractive errors:

These are all caused by problems with the cornea’s shape, which lead to inaccurate refracting of light onto the retina and an unclear picture of the world. LASIK was approved by the U.S. Food and Drug Administration (FDA) in 1998 to treat refractive errors with a simple, fast outpatient procedure. Since its approval, millions of Americans have undergone a type of LASIK procedure, recovered within a few days, and now enjoy near-perfect vision.

There are several types of LASIK, which are typically named based on what kind of technology is involved. One of the newer approaches to LASIK surgery is custom LASIK, which uses wavefront technology to map the cornea’s shape and imperfections. A version of this technology is Zyoptix LASIK.

How Does Zyoptix Work?

According to the patent filed with the FDA, the Zyoptix LASIK system is approved for personal vision correction.

The first step in the procedure, according to the filing, is to create a topological map of the patient’s cornea using a wavefront detector that is compatible with the overall Zyoptix system. Some systems may incorporate two wavefront devices for a more complete picture of your cornea’s irregularities. You will look at a point, and your ophthalmologist can use adjustable optics to “fog” or distort the point. Your doctor will then adjust up to correction then a little beyond, so they can understand how to minimize the risk of overcorrection.

Once your cornea has been mapped, this information will be sent to the lasers in the Zyoptix LASIK system. After your eye surgeon drops some local anesthetic eye drops into your eye, a microkeratome will cut a flap on the top layer of the eye, so the lasers can reach through the pupil, to the cornea. Then, the lasers will begin to reshape your cornea, including adjusting aberrations that can impact your ability to see contrasting colors like black and white, and your ability to see well at night.

There is a warning system that can detect if the surgeon programs in corrections that would reduce the thickness of your cornea beyond a certain tolerance. This means you can safely undergo the corrective surgery if needed.

Advantages and Disadvantages of Choosing Zyoptix

In comparison, traditional LASIK reports that about 90 percent of people achieve 20/40 or better vision, with about 60 percent achieving 20/20 vision. Traditional LASIK uses your refractive error, which is associated with the prescription for your glasses and contact lenses, to reshape your cornea, so getting better than 20/20 vision with that procedure is unlikely.

There are still side effects associated with the Zyoptix LASIK system, just like traditional LASIK.

These are very rare risks in traditional LASIK, and several of them are less likely with the help of the Zyoptix LASIK system. However, there is still risk, even if it is diminished.

On average, about 70 percent of people who seek LASIK would benefit from Zyoptix. 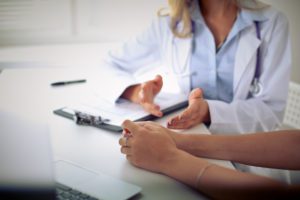 If you have a higher rate of aberrations or a stronger refractive error than is acceptable for traditional LASIK, your ophthalmologist may recommend Zyoptix. Using wavefront technology to map the cornea has improved outcomes for many who receive LASIK treatment, and having an integrated system designed to work together helps your eye surgeon with their training, which means you get a better surgical outcome. While Zyoptix may cost more than traditional LASIK, it is not significantly more expensive.

Wavefront-Guided LASIK with the Zyoptix 3.1 System for the Correction of Myopia and Compound Myopic Astigmatism with One-Year Follow-Up: Clinical Outcome and Change in Higher Order Aberrations. (December 2004). Ophthalmology.