Types of Cataracts: Nuclear, Cortical & Others

A cataract is the clouding of the lens of the eye that is most often related to aging, although a cataract can also be the result of genetics, environmental factors, personal behaviors, illness, injury, or even a congenital birth defect. Cataracts can form in different places on the lens: in the back of the lens (posterior subcapsular cataract), in the middle of the lens (nuclear cataract), and on the edges of the lens (cortical cataract).

Cataracts are the leading cause of blindness in the world and of vision loss in the United States. The Centers for Disease Control and Prevention (CDC) reports that over 20 million Americans aged 40 and over suffer from at least one cataract.

Cataracts are highly treatable. Vision loss and impairment due to cataracts can be restored and improved with surgery and the implantation of an artificial lens. 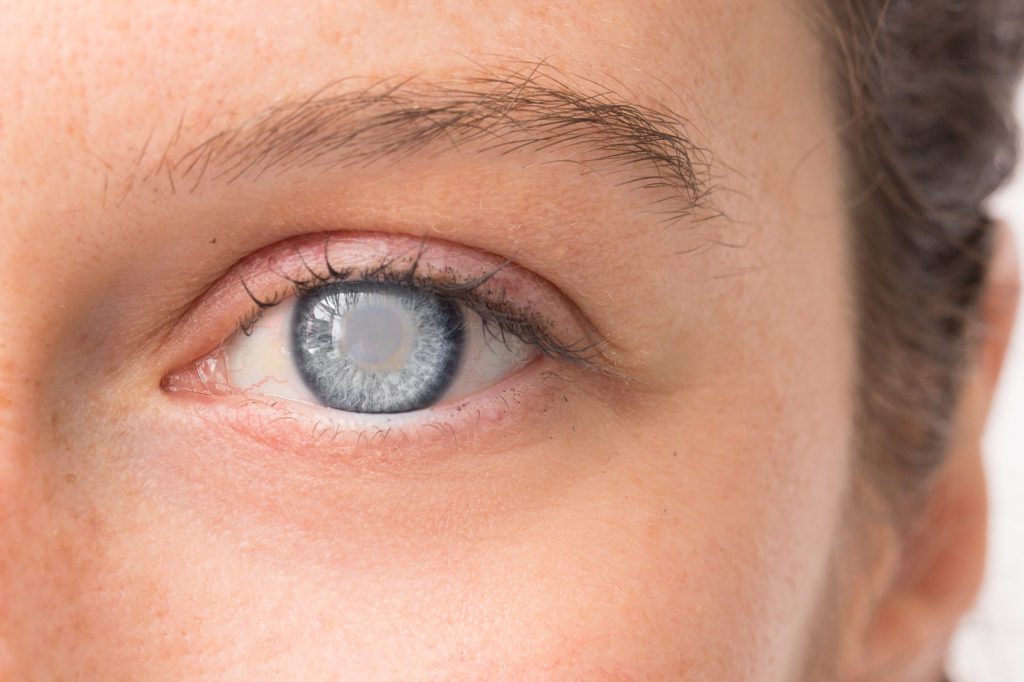 All cataracts can cause cloudy and blurred vision, double vision, impaired night vision, sensitivity to light, glares and halos around lights, difficulties telling colors apart, tinting or yellowing of the lens that can make it hard to read, and a kind of muted vision of colors. Age-related cataracts tend to progress slower than those that develop at a younger age due to illness, genetics, or injury. Cataracts can also form on different parts of the lens.

Different types of cataracts include the following:

A cortical cataract begins on the outside edge of the lens (the peripheral) with white streaks or wedge-shaped opacities, commonly called cortical spokes, that progress inward on the lens, blocking and impairing vision. Vision impairment is dependent on where the opacities are located, and cortical cataracts can commonly cause issues with glares around lights and increased light sensitivity. These cataracts can progress slowly and stay the same for a long time, or they can progress more rapidly.

This type of cataract occurs in the lens cortex (the portion of the lens that surrounds the nucleus in the middle). Cortical cataracts can be the result of aging, trauma, or illness. They form when the structure of the fiber cells are disrupted, and the integrity of the membrane is compromised, the American Academy of Ophthalmology

Cortical cataracts typically occur in both eyes (bilateral), but they can occur in only one (asymmetric).

Nuclear cataracts are often a normal progression of aging, as the lens of the eye can yellow and become cloudy with age. A nuclear cataract is most often associated with aging and forms in the center of the lens (the nucleus).

Nuclear cataracts can occur in one or both eyes, and they often impact distance vision. The American Academy of Ophthalmology reports that they can even initially cause what's called "second sight," when close-up and reading vision actually improves for a time before it worsens again.

A nuclear cataract progresses slowly. Over time, it can lead to the lens turning completely brown or yellowish, tinting vision and making it difficult to read and tell the difference between colors.

Optometry Times publishes that posterior subcapsular cataracts can occur in younger people since they can be related to illness and medications. These cataracts can also progress much faster than other types.

More than one type of cataract can occur at the same time. This is called combined cataracts.

Congenital cataracts can be nuclear, sutural, capsular, cortical, complete, anterior or posterior polar, lamellar or coronary. They can also be bilateral or unilateral (affect one or both eyes).

This cataract type is among the most treatable causes of blindness and visual impairment during infancy. Genetic factors are responsible for about 50 percent of all congenital cataract instances.

The World Health Organization (WHO) estimates that 14 million children have congenital cataracts.

Cataracts form when proteins that make up the lens of the eye begin to clump together. This is common as a person ages and the lens becomes more rigid and less flexible.

Typically, cataracts form slowly and progress over time, getting worse and impairing vision more and more. Cataracts that form earlier in life, such as posterior subcapsular cataracts, can progress more quickly than nuclear and cortical cataracts that are often age-related. Smoking, poor nutrition, obesity, and drinking a lot of alcohol on a regular basis can increase the progression and risk factors for developing cataracts. A genetic predisposition, (family history of cataracts), illnesses such as diabetes, or trauma to the eye can also influence the formation and progression of a cataract.

Nuclear and cortical cataracts are often easy to recognize as symptoms can start pretty early on. A posterior subcapsular cataract may have limited symptoms until it is more mature.

It is helpful to catch a cataract early to at least come up with a treatment plan. If your doctor can pinpoint a cataract in the early stages, you may be able to treat it with magnified prescription eyewear, bifocals, and polarized sunglasses to protect your eyes from ultraviolet sunlight.

The signs and symptoms of cataracts may vary depending on the specific type of cataract, with considerable overlap occurring. Symptoms include:

Cataract surgery and removal is one of the most common surgical procedures performed in the United States, per the National Eye Institute. It is considered safe and extremely effective.

A cataract surgery is done when the cataract impairs your vision and interferes with your daily life. Surgery may also be needed if and when a cataract might interfere with treatment for other issues related to vision or the eyes, even if it is not impairing vision directly.

Cataract surgery typically involves removing the cataract and clouded lens of the eye, and replacing it with an artificial lens, usually an intraocular lens (IOL). Nuclear, cortical, and posterior subcapsular cataracts can all be treated with cataract surgery, which typically takes about an hour or so.

Again, cataract surgery replaces the organic lens with an artificial one that will last the life of your eyes. This can be accomplished with laser-assisted technology, performed by trained surgeons.

In some cases, proteins can form over the eyes again months or even years after surgery and lead to secondary cataracts. A special laser can then be used to put a small hole in the lens to allow light to pass through it and vision to be clearer.

Cataracts that are the result of trauma or injury to the eye may require a more complex procedure to place an implant. This surgery may take some more time and be more invasive.

Congenital cataracts often do not impair vision and therefore may not be removed. In some cases, however, they must be removed and replaced with an artificial lens.

Other eye conditions can be treated at the same time as cataract surgery. There are several different forms of IOLs that can be used depending on your specific vision needs. Your ophthalmologist can help you to determine what type of cataract surgery or treatment will be optimal for your eyes.

Types of Cataracts and Their Underlying Conditions. (May 2014). Optometry Times.

The genetic and molecular basis of congenital cataracts. (July 2011). Brazilian Archives of Ophthalmology.