Retinitis pigmentosa is a type of genetic disorder. It is a group of eye disorders that are related, which can result in progressive vision loss. The disorders that make up this condition all affect the retina of the eye.

Children inherit the disorder from their parents. (Read More)

The symptoms generally begin in childhood. If a child is at risk for developing this condition, parents should be aware of the symptoms so they can recognize it if it occurs. (Read More)

It is important to get an accurate diagnosis of this condition. (Read More) This helps the doctor to recommend the right treatment options to best preserve the child’s vision. (Learn More) 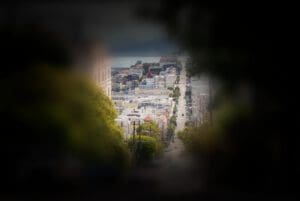 While the condition itself is rare compared to other inherited retina diseases, it is among the most common. In Europe and the U.S., retinitis pigmentosa affects 1 person in every 3,500 to 4,000 people.

There is an autosomal dominant and autosomal recessive form of this condition. The dominant type is most often caused by the RHO gene. The recessive type has 35 genes associated with it; however, mutations of the USH2A gene appear to cause the most cases.

There is also an X-linked form of this condition. Experts believe that there are at least six genes that could contribute to it. Most X-linked cases are attributed to the RP2 and RPGR genes.

Children inherit this disorder from their parents. There have to be two copies of the gene that is mutated for autosomal recessive inheritance. When two people who carry the gene have a child, there is a one in four chance that they will develop the condition.

Only one copy of the gene that is mutated is necessary for autosomal dominance inheritance. If one parent has the gene, the chances of their child developing the condition is one in two.

Various types of vision loss occur when someone has this condition. People may start to lose their night vision first. This can make it hard for people to see anything in the dark. By day, their vision may be completely normal.

People can lose their peripheral vision gradually. This symptom is also referred to as tunnel vision. It prevents people from being able to easily see the objects around and below them. People may bump into things when they are moving around.

The central vision may be the next to go. This is the vision that is straight ahead. Losing central vision can make it hard to do a variety of daily tasks, such as threading a needle to sew a button or reading a book.

This condition can also cause people to lose their color vision. This can make colors look differently than they actually are. For some people, they may have difficulty seeing certain colors.

It is important to get an accurate diagnosis so the doctor can prescribe the proper treatments. There are four primary tests a doctor might perform. 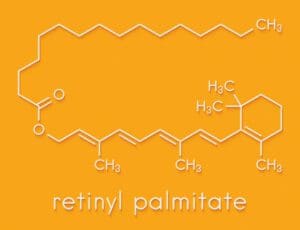 This condition cannot be cured, but there are some treatments available that may help people to better cope with their vision loss.

One study looked into how certain vitamins may benefit people who have the condition. It showed that supplementation with vitamin A palmitate may be beneficial for some.

If retinal swelling occurs, the doctor might prescribe an eye drop to reduce it. It is also possible for people with this condition to have cataracts at some point in life. Cataracts are characterized by clouding on the lens of the eye.

Scientists are looking into experimental treatments and technologies that might benefit people. For example, if someone has severe vision loss, the ARGUS II implant might be something their doctor discusses with them. This is a type of artificial retina that may help people to achieve clearer vision.

In many cases, doctors will discuss several options with people, and together, they’ll choose the best solution for the specific case.

The research is ongoing, so there will likely be better and more effective treatments for this condition in the future.