According to recent statistics from the World Health Organization, 31 African countries account for nearly 100 percent of people infected with onchocerciasis. The condition can spread fast in communities living around fast-flowing rivers. 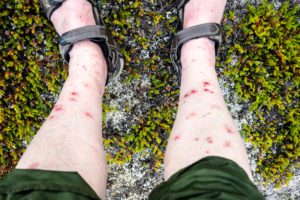 More than 20 million people have this disease worldwide. About 1 percent of the infected individuals live outside Africa in countries like Latin American and Yemen.

Latest estimates indicate that the devastating condition caused skin disease in nearly 15 million people. Also called river blindness, the disease can spread to the eyes and has caused vision loss in over 1 million victims.

Onchocerciasis is treatable although it doesn’t have a vaccine. Learning how to protect yourself against this infection is important if you frequently travel to or live in any of the most affected regions.

What Is River Blindness?

Onchocerciasis is a tropical eye and skin infection that occurs when a parasitic roundworm called Onchocerca volvulus enters your body. In a typical transmission, the worm infects a certain type of blackfly that breeds along fast-flowing water bodies like rivers.

When an infected blackfly bites you, it introduces the parasitic roundworms in your system. These worms produce larvae that enter your blood stream and may initially build up under your skin. Once you’re infected, the parasites can spread and cause debilitating effects in other parts of the body, including your eyes.

You can’t infect another person with this disease by contact. However, if a blackfly bites you while you’re infected, it may ingest the larvae and transmit the infection to anyone it bites next.

Who Is at Risk?

Onchocerciasis is a tropical disease, mainly affecting 30 sub-Saharan African nations. It also affects some parts of the Americas and Yemen, which is a Middle Eastern nation. While significant efforts have been made in a variety of countries in the Americas to limit its spread, it is still not totally eradicated.

Unfortunately, many people in poverty do not have the luxury of avoiding risky areas. The World Health Organization (WHO) estimates at least 25 million people are currently infected with onchocerciasis. An estimated 800,000 suffer from some visual impairment, and 300,000 are blind.

The people most at risk are those who live in rural areas, near rivers or streams, in sub-Saharan Africa. The CDC notes that many fly bites are usually needed to contract the disease, so people traveling in at-risk areas for less than three months have a low chance of being affected. If you intend to travel to a tropical area, especially if you will be near a river, research if you will be at risk for river blindness so you can take proper precautions.

Travelers most at risk are those who will be in a risky area for a long time, including missionaries, volunteers, and field researchers. 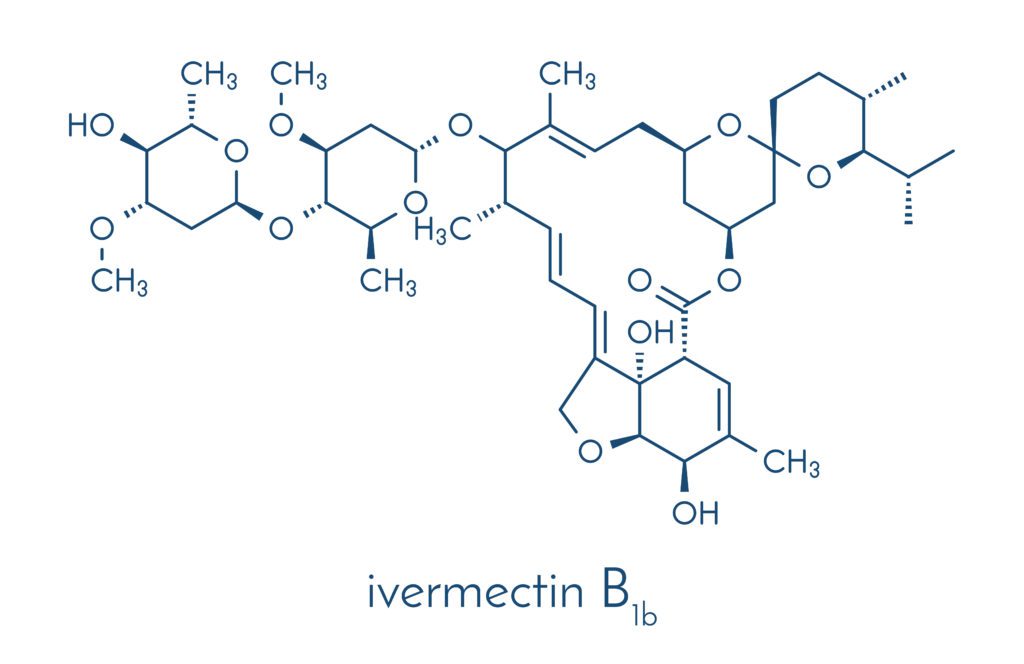 Once infected with river blindness, you first may develop skin complications. The infection will gradually spread to other body organs and cause detectable problems in your eyes and in other parts of your body.

The skin issues may cause enough discomfort to impact your quality of life in different ways. Besides affecting your mental health, symptoms may compromise your sleep and cause social stigma.

Onchocerciasis may cause the following eye symptoms:

How Does River Blindness Affect the Eye?

When you’re infected with the river blindness parasite, eye complications will take time to develop. The disease can cause extensive damage on any part of the eye.

Once the parasites enter your eye, your body’s immune system will respond to fight it off. This resulting reaction damages the affected part of the eye.

You may experience severe vision problems, including blindness, once the following eye structures are infected:

There are various ways to diagnose onchocerciasis. Severe cases are generally easier to detect as their symptoms are much more advanced compared with lighter infections.

Because skin-related symptoms for this condition usually develop long before eye issues, most people visit their skin or infectious disease doctor for diagnostic testing.

Your ophthalmologist will be involved to run some eye tests if river blindness is suspected. Here are some skin/eye exams you may undergo:

The traditional treatment for onchocerciasis is to administer ivermectin. The treatment will be given every six months for the duration of the adult worms’ lifespan or until there is no more evidence of an eye and/or skin infection.

Ivermectin kills only the parasitic larvae in the body, not the adults. As a result, the person being treated has to wait out any adults already in their body.

A new treatment has had promising results in killing the adult worms by targeting Wolbachia bacteria, which the worms depend on. This medication, doxycycline, is increasingly being used in conjunction with ivermectin. One medication kills the larvae, and the other targets adults. Because of this dual approach, patients may see faster recovery rates with less permanent damage.

It should be noted that before any of the above treatments are administered, doctors must make sure a patient is not infected with Loa loa, another parasite common in many African regions where Onchocerca volvulus is found. If a person who has Loa loa is treated in a traditional manner for river blindness, they could suffer severe and potentially dangerous side effects.

Side Effects of Treatments

Both ivermectin and doxycycline come with risks and side effects.

As with most medications, it is unlikely you will experience all of a medication’s side effects. Contact your doctor if a side effect seems especially severe or is greatly impacting your quality of life.

Ivermectin has been linked to the following side effects when treating river blindness:

Doxycycline is less fully understood than ivermectin, as it has only been used to treat river blindness relatively recently. Because of this, it’s difficult to say how common particular symptoms are and which are the most concerning. If you experience any concerning symptoms, contact your doctor.

The following are some symptoms thought to be linked to doxycycline use:

Many of the less concerning symptoms of doxycycline are very similar to those that are concerning. As such, it is best to talk with a doctor about what to expect and when to give them a call.

While you should familiarize yourself with the dangers of any prescription medication you take, it’s especially important to do this with doxycycline. While the medication can be of genuine help in combating river blindness, it is not without risks, and some of those risks are not yet entirely understood. 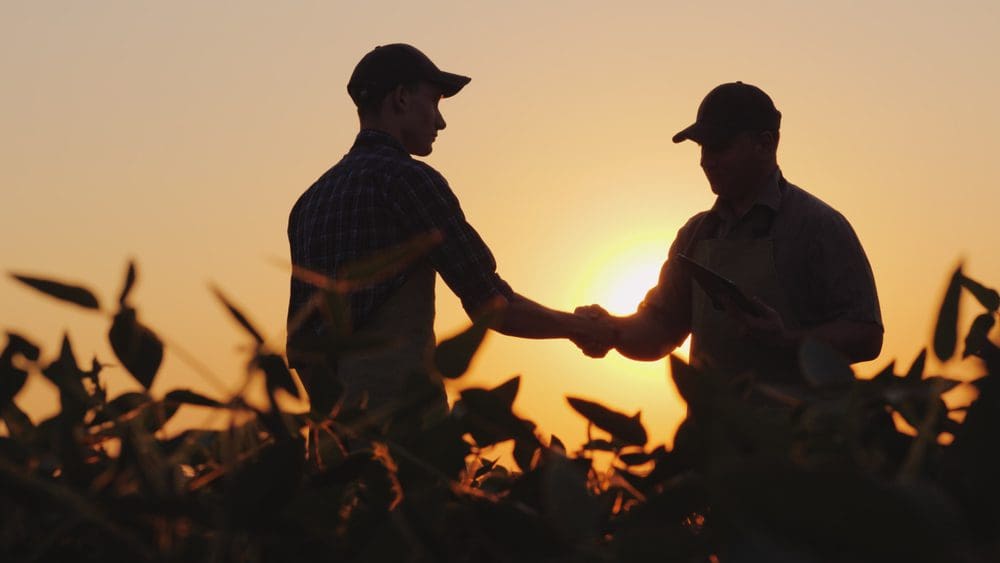 Onchocerciasis is a neglected tropical disease (NTD), a category of disease that tends to specifically devastate the underprivileged. Common in many poorer areas, river blindness can condemn those who cannot afford or find treatment for blindness and serious pain. This in turn can impact their ability to work and support themselves and their families.

NTDs can trap people in poverty, even leading them to die if they cannot afford basic necessities like food and water. Because these diseases primarily affect the poor, their research is sometimes underfunded compared to diseases that impact more prosperous communities.

The fact that there are no vaccines for onchocerciasis doesn’t mean the infection is uncontrollable or unpreventable. Over the past few years, certain regions plagued by the parasitic menace eliminated it or significantly reduced its prevalence rates through various large-scale control programs.

On a personal level, protecting yourself against insect bites is the first line of defense against river blindness. There are several strategies to do this, including:

Mass prevention methods that have been used in the past include:

Epidemiology & Risk Factors. (May 2013). Centers for Disease Control and Prevention.

Treatment. (May 21, 2013). Centers for Disease Control and Prevention.

What is Onchocerciasis? (November 2020). American Academy of Ophthalmology.