Cytomegalovirus, or CMV retinitis, is a viral infection of the retina that most commonly impacts people with weakened immune systems. (Learn More)

People often experience no symptoms with CMV retinitis. When they do, symptoms typically begin in one eye. They can include blurry vision, blind spots, and floaters. Then, they progress to the other eye. (Learn More) Without treatment, CMV retinitis can threaten vision, leading to a detached retina, damage to the optic nerve, and blindness. (Learn More)

Vision lost due to CMV retinitis cannot be restored. It is important to catch it early and begin treatment as soon as possible to minimize possible complications. 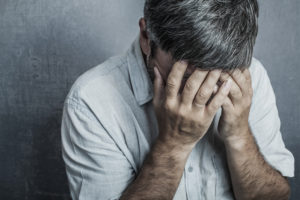 CMV retinitis is caused by the cytomegalovirus, which is a herpes virus affecting adults. Most of the time, people with the virus will not experience any symptoms or complications related to it, but if your immune system is weakened for any reason, CMV retinitis can impact the retina.

Your retina is the nerve layer at the back of the eye that senses light. When CMV retinitis spreads to the retina, it can lead to serious complications and even cause blindness without swift and immediate treatment.

CMV retinitis is a progressive condition that often starts in one eye and then spreads to the other. Most people will be exposed to CMV retinitis in their lifetime, but a healthy immune system can fight the virus off or keep it dormant and from reactivating in the body.

The faster CMV retinitis is discovered and treated, the fewer the potential complications related to the disease. Since the virus progresses rapidly, it is highly beneficial to catch it early and begin treatment as soon as possible.

Your ophthalmologist will dilate your eyes and perform an ophthalmoscopy to check for signs of CMV retinitis. It regularly remains dormant and no symptoms may present, but when the virus is reactivated, symptoms can progress quickly.

Symptoms of CMV retinitis include:

While treatments can serve to fight of the virus and potentially stop its progression, vision lost due to the virus cannot be fully restored. Without treatment, CMV retinitis can lead to blindness.

In the past, between a quarter and nearly half of all people who suffered from immunodeficiency syndrome (AIDS) were affected by CMV retinitis. This was before the highly active antiretroviral therapy (HAART) treatment became the normal method for managing AIDS. CMV retinitis still commonly impacts people battling AIDS, and it is the most common reason for vision loss in this demographic.

CMV retinitis can progress from the shingles infection on the nose or forehead in older adults. Most people exposed to the cytomegalovirus have strong enough immune systems to fight it off, and symptoms may never appear. If your immune system is weakened for any reason, CMV retinitis can manifest. 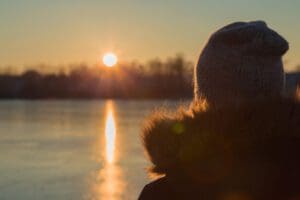 After diagnosis of CMV retinitis, you may need to see a retina specialist to get the virus under control, especially if you also are struggling with AIDS. You will likely need to see them every few weeks until the disease is under control. Then, you can follow up with your regular eye doctor who will likely want to do a checkup every three to six months or so.

The optimal treatment for CMV retinitis is typically systemic antiviral therapy. This treatment is effective around 75 percent of the time, resulting in at least 20/40 vision.

Most medications for CMV retinitis are given intravenously, sometimes via a catheter that is placed in the chest to give access for daily infusions. Medications can also come in other forms today. The following are used to treat CMV retinitis:

With the exception of the implant, many of these antiviral medications can cause side effects, with nausea being common. Dosage typically needs to be high and given frequently in order to fight off the virus and increase the workings of your immune system.

People also battling AIDS likely will take one of these medications in addition to HAART for the first several months. Strengthening your immune system is key during treatment for CMV retinitis.

Laser surgery may be an option to strengthen the retina. The sooner treatment for CMV retinitis is started, the better the odds of slowing or even halting the progression of the virus and minimizing vision and eye problems.

Report any possible vision changes or issues to your eye doctor as soon as you notice them. If your immune system is weakened or compromised for any reason, have your eyes checked regularly to ensure that CMV retinitis is not present or progressing.

What Is Cytomegalovirus Retinitis? (April 2018). American Academy of Ophthalmology (AAO).