Intraocular lenses (IOLs) are devices that replace the natural lens in your eye if you have developed cataracts that are significant enough to cause poor vision.

PanOptix Trifocal Lenses are a new form of IOL, which allow three ranges of clear vision.

This new type of IOL has been used in over 70 countries, but it was approved by the Food and Drug Administration (FDA) for use in the U.S. in 2019. Prior to their approval, medical studies have shown that these trifocal lenses are safe and effective, with 99 percent of trial participants reporting that they are very satisfied with the results.

While there are other IOL options, monofocal lenses are the most common devices implanted after removing cataracts. Trifocal lenses are an important addition to the list of IOLs.

Ultimately, you and your ophthalmologist will decide which type of IOL is best for you.

What Are PanOptix Trifocal Lenses (IOLs)?

Lens implants called intraocular lenses (IOLs) are small, artificial lenses that replace damaged natural lenses in the eye. These devices are designed to restore some vision when cataracts become significant enough that they prevent clear enough sight, even with corrective eye wear like glasses.

Most IOLs are monofocal, meaning that they do not allow for changes in distance vision as a natural lens would. However, more people are opting for multifocal IOLs so they can have near and distance vision in that eye at the same time.

A new option is the PanOptix Trifocal Lens, which allows three vision distances rather than one or two, like some other types of IOLs. These trifocal lenses replace natural lenses in the eyes that have been clouded or darkened too much by cataracts. They are also used by people who have blurry vision due to an irregularly shaped cornea.

When Would You Need a PanOptix Trifocal Lens?

If you wear bifocal or multifocal glasses or contact lenses, you may want a PanOptix Trifocal Lens implanted during cataract surgery. Essentially, these lenses enable clear near, intermediate, and distance vision. You won’t have to juggle multiple pairs of glasses if these lenses work effectively for you.

Monofocal lenses are the standard option to replace damaged natural lenses. Older adults, who are the most likely to undergo cataract surgery, increasingly want better options for improved vision that supports their independent lifestyle.

The new PanOptix Trifocal Lens allows better vision over three major areas, so anyone who is 22 or older and needs their natural lens replaced can have improved sight, which allows more independence.

These lenses reduce the effects of presbyopia (the inability to see up close to read or perform other small tasks due to the effects of aging on the cornea). At the same time, the lenses offer better distance vision compared to monofocal lenses, reducing the need for eyeglasses.

The new PanOptix Trifocal Lenses were approved for use in the United States by the U.S. Food and Drug Administration (FDA) in August 2019. They are made from hydrophilic acrylic, have a 6.15 optical diameter, and feature 26 diffractive rings around the entire device.

Although there are types of IOLs designed to provide both near and distance vision, this new type of IOL allows for improved intermediate and near vision along with better distance vision. Other trifocal lenses, like those found in glasses, improve three ranges of vision. They are:

Near clear vision tasks include:

IOLs like the PanOptix Trifocal Lens bend light to focus on the retina. Cataracts that form in the natural lens of the eye block light from hitting the entire retina or filter the light in such a way that the brain cannot process a clear image. While few people notice cataracts changing their vision for the first few years, this condition will eventually spread around enough of the lens that vision will be totally obscured. At this point, your optometrist or ophthalmologist will recommend surgery. 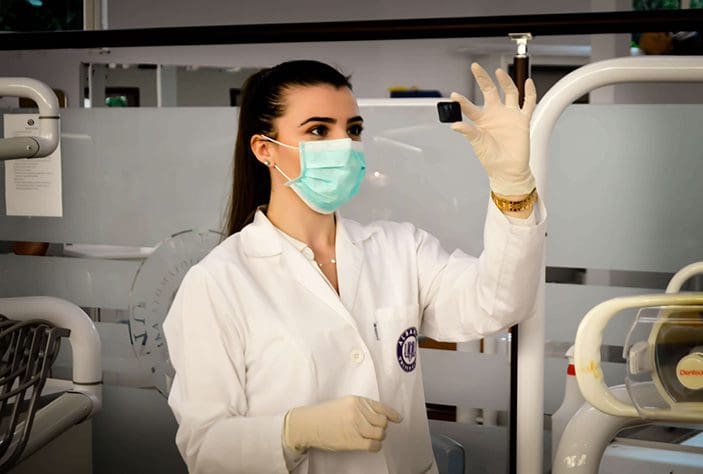 Pros of the PanOptix Trifocal Lenses include:

Cons of these lenses include:

Various studies have demonstrated the efficacy of the PanOptix Trifocal Lenses.

Six months after the lens was implanted, the average corrected distance vision in one eye for both study groups was 20/20. However, in the PanOptix group, intermediate vision was better, at 20/25 compared to the control group’s 20/40. Near vision results with the trifocal lenses were even better, at 20/25 for the PanOptix group compared to 20/63 for the standard lens group.

There were no safety concerns reported during this study, showing that the PanOptix lens has solid results with minimal side effects and risk.

Other countries have offered the PanOptix Trifocal Lenses for years, but recent U.S. approval in 2019 can help more people with cataracts achieve better vision. Another pivotal study conducted across 12 U.S. sites found that 99 percent of PanOptix patients were very satisfied with the trifocal lens, saying they would choose this option again.

There were some mild side effects reported in a 2017 study, usually when a trifocal lens replaced the natural lens in a person’s nondominant eye. These side effects included:

Other types of IOLs include:

Typically, monofocal IOLs are most likely to be covered by vision or health insurance as a cataract treatment. Other types of lenses are not considered medically necessary, so they may be only partially covered, or you may have to pay for them out of pocket. However, with the improved vision of the Trifocal lens, there could soon be better options post-cataract removal.

Deciding That PanOptix Trifocal Lenses Are Right for You

Work with your optometrist or ophthalmologist to determine if the PanOptix Trifocal Lens is right for you.

If you are younger and still working, you may need the option of three clear vision distances so you can continue performing your job and commuting to work. If you are older, you can still benefit from this option so you can stay independent and enjoy retirement.