Is LASIK 'Worth it'? (Benefits vs. Risks)

Every surgical procedure comes with risks, and LASIK is no exception. Night vision disturbances are a common concern among people who have surgery, but those problems tend to fade with time. (Learn more) Dry eye can also be an issue for some people, but again, this is an issue that tends to dissipate. (Learn more) Blurred vision can sometimes take hold after surgery, but sometimes, that issue has little to nothing to do with LASIK. (Learn more)

Some issues, such as flap detachment, can take hold if you're not careful about protection after surgery. (Learn more) Pain can become an issue for some, although researchers are looking for ways to address that issue. (Learn more)

This list may seem long, but it's important to remember that the majority of people are very pleased with their surgery, and complications are rare. (Learn more)

Let's dig into the complications that can take hold one by one, and then we'll look for ways to put those issues in perspective so you can make a smart decision about your surgery and whether it's worth proceeding with. 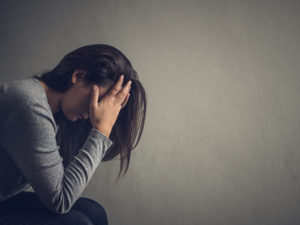 Blurring and Haloes at Night: Is LASIK the Cause?

Your ability to see crisp, clear images at night depends on the health and strength of three parts of your eye: your pupil, your lens, and your retina. According to Harvard Health Publishing, all three of these structures can change with age. The muscles that control the size of your pupil can weaken, your lens can be stiff and clouded with age, and your retina can have fewer rods to respond to black-and-white images. All of these issues, when combined, can lead to difficulty seeing crisp images when light is low.

LASIK can, in theory, contribute to these issues, but it might be dependent on the tools used to perform the study. In other words, the LASIK machine your surgeon uses on your eyes could mean the difference between difficulties with vision and crisp vision.

For example, in a study published in the journal African Vision and Eye Health, researchers performed tests of night vision on people who had LASIK a year prior, and 89.2 percent of these people had low night vision. The researchers did not specify the machines used in this study, but since it was published in 2007, it is likely that those machines were old.

By contrast, a study in the Journal of Refractive Surgery assessed night vision both before and after surgery with three new (as of 2017) LASIK machines. Here, researchers found that 29 percent of people had less difficulty driving at night after surgery when compared to the difficulty they felt before surgery. The researchers conclude that newer tools do a better job of preventing issues that crop up when people are in low light after surgery.

Studies like this demonstrate how important it is to really understand the skills of your surgeon and the quality of the tools used. They also demonstrate how the industry is changing in response to concerns from patients. New tools and new techniques could give you an experience that is different than the experience people had years ago with LASIK.

Dry Eye After LASIK: Does It Last?

Tear flow can be reduced by mediations, age, and irritants. Research suggests tear flow can also be impaired by LASIK surgery.

According to an article in the Journal of Refractive Surgery, about half of all patients who undergo LASIK surgery develop dry eye symptoms. That makes this one of the most common issues patients talk about when their surgeries are complete.

Research published in the European Journal of Ophthalmology suggests that about 20 percent of people develop persistent dry eye after LASIK. Others may experience the symptom right after surgery, but it tends to get better with time. The researchers report that persistent symptoms are more common in women and in people who had more significant corrections to make with surgery.

LASIK surgeons often assess tear production before they perform surgery to ensure that you naturally produce enough tears to help you recover from surgery. If your eyes are consistently dry before surgery, you may not be a good candidate for correction, and you may not be given surgical correction to begin with.

But if you have surgery and you develop dry eye, this research suggests the issue may fade with time. If it does not, using drops and other medications can help you to control your symptoms. 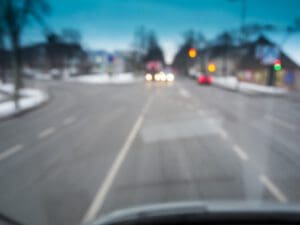 LASIK is designed to help you:

LASIK is not designed to give you perfect, 20/20 vision at all times. Some people who have LASIK surgery do have 20/20 vision, but they may lose that vision as their eyes age and muscles weaken. They may need readers to help them see things close up.

For these reasons, it is uncommon for a surgeon to promise you 20/20 vision after LASIK. But surgeons may promise you vision within certain parameters. If your vision does not fall within those guidelines within a specified time after surgery, another LASIK procedure could be performed to correct that issue.

According to experts quoted in Cataract and Refractive Surgery Today, some blurriness after surgery can be caused by scar tissue that sits beneath the corneal flap surgeons make. An enhancement surgery, in which that scar tissue is removed, tends to resolve the issue.

It is also important to remember that vision can, and often does, deteriorate with age. As the American Academy of Ophthalmology points out, it is easy enough for people to blame LASIK for a decrease in vision acuity, but at times, that is caused by natural changes in eye health caused by age. Weaker muscles, cloudy lenses, and more can all make vision blurry, and none of those issues are exacerbated by LASIK.

As mentioned, surgeons make a tiny cut to the cornea during LASIK surgery, and that cut is turned into a flap. The flap is folded up during surgery and placed back down onto the eye when surgery is complete. In time, the flap will knit to corneal layers below, but there are no stitches that speed that process.

In some cases, the flap does not knit completely, leaving the eye vulnerable to injury. In one case, referenced in the Saudi Journal of Ophthalmology, a man had a flap issue appear 13 years after his LASIK surgery.

Pain After LASIK: Causes and Treatments

LASIK is a surgical procedure involving cuts to tissues, including nerves. As an expert quoted in Review of Ophthalmology points out, people who experience any kind of injury to the body can experience a chronic pain syndrome. Someone with a broken bone and someone undergoing LASIK might be at the same risk of this syndrome, according to this expert.

Persistent eye pain can sometimes manifest as dry eye, or it can feel like a sharp or stabbing pain in the eye. A pain expert can help to address an issue like this, should it happen. Medications to treat dry eye can also help to make a feeling of pain go away.

Deciding Whether LASIK is 'Worth' Having

While this list of issues can seem alarming or even frightening, it is important to remember that the vast majority of people who have LASIK surgery are happy with the results. In fact, LASIK has a 96 percent satisfaction rate among patients, and this is the highest patient satisfaction rate associated with any elective procedure. 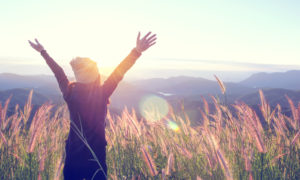 Most people who have this form of surgery are quite pleased with their ability to see after surgery, and the symptoms they face after surgery are so mild or nonexistent that they don't change the way they feel about surgery. This should be very reassuring for anyone worried about quality of life after surgery.

One of the best ways to ensure that you get the outcome you expect is to work with a qualified professional. According to the American Refractive Surgery Council, that professional will be:

Professional surgeons like this may work independently, or they may be part of larger, national organizations. For example, at NVISION, we have many surgeons just like this available to help you understand if LASIK is right for you. Contact us to find out more about the surgeons available in your area.

Meta-Analysis of the FDA Reports on Patient-Reported Outcomes Using the Three Latest Platforms for LASIK. (June 2017). Journal of Refractive Surgery.

Tears. The College of Optometrists.

Blurry Vision After LASIK. (May 2007). Cataract and Refractive Surgery Today.

When LASIK Pain Won't Go Away. (September 2013). Review of Ophthalmology.