In dim conditions, your pupils expand to allow more light to hit sensitive cells at the back of your eye. When that system breaks, you can't see properly at night. Poor night vision can stem from a variety of issues, including nearsightedness, glaucoma, and diabetes. (Learn more)

Research suggests that LASIK is a very safe procedure, and people who go through the surgery are happy they did so. But doctors are also careful to lower the risks inherent in the procedure through comprehensive, presurgical screening exams. (Learn more) 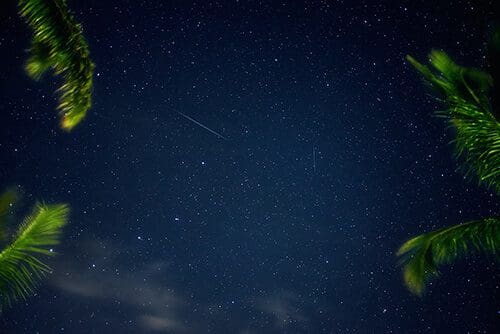 What Is Night Vision?

In low-light conditions, your pupils widen to let in as much available light as possible. Delicate tissue at the back of the eye captures those light signals, and images are transmitted to the brain. For some people, that system doesn't work properly.

The American Academy of Ophthalmology (AAO) says most people don't see well in the dark. But some people have significant trouble with their night vision. They might:

People with less significant night vision difficulties might have blurred vision at night, and they might see haloes around lights.

Night vision problems can stem from a variety of conditions, AAO says, including:

Surgery like LASIK can potentially cause some minor night vision difficulties. Typically, these issues are most acute when you're healing from the procedure. But some people have ongoing problems, especially if their surgeries were performed with older equipment.

During LASIK, doctors cut or scrape corneal tissue to amend the way light enters your eye. After the surgery, tissues swell as they heal. Those puffy tissues can bend light in an unusual manner, and when that happens, you may notice glare and haloes. As your eyes heal, this issue tends to dissipate.

In 2016, researchers examined night vision issues in 551 people who had LASIK. They asked people to highlight whether they developed issues after surgery, and they asked them to explain whether or not the problem got better with time. These four symptoms were examined:

Researchers also found that only one person in the 551 had symptoms severe enough to interfere with activities. And the majority of patients had night vision issues that were worse before surgery than they were after.

Since some night vision problems are caused by myopia, it makes sense that LASIK could help to ease or eliminate symptoms.

Doctors suggest that improvements in LASIK technology can lower the risk of night vision problems after surgery. The newer lasers require smaller cuts, and the incisions are much more precise.

There are many forms of LASIK, and some seem especially helpful for those worried about night vision.

Insurance company VSP reports, for example, that eye imperfections are measured 25 times more precisely with custom LASIK, compared to conventional versions. This mapping results in a 3D map of the eye that guides the laser during surgery. This very precise surgery tends to leave fewer patients with night vision worries.

Reading about complications can be stressful. It's critical to remember that LASIK is incredibly safe, and the vast majority of people who have the procedure are happy they did so.

AAO reports that more than 300 peer-reviewed studies have been performed on LASIK, and they've shown that an average of 95 percent of people are satisfied with their results after LASIK surgery. 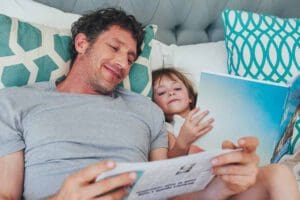 Problems after the procedure are possible, however. Proper screening can help to reduce that risk. AARP reports, for example, that people with large pupils before surgery tend to have more trouble with night vision after the procedure.

During an examination before LASIK, your doctor can measure your pupil and your vision in low light. If problems appear, your doctor may suggest an alternative to LASIK that will work better for you and your eye.

If you have LASIK and experience difficulties with night vision, you're not stuck with the problem for the rest of your life. Touchup procedures can help some people regain accurate vision in low light. Your doctor may also recommend glasses or contacts for low light if the problems persist.

How and Why LASIK has Gotten Better and Better Over the Years. (July 2018). The Ophthalmologist.