Everything You Need to Know About Corrective Eye Surgery

Home » Guide to Laser Eye Surgery in 2020 (Types, Costs, & More) » Everything You Need to Know About Corrective Eye Surgery

The term “corrective eye surgery” covers several potential procedures. (Learn More) Some of these options are more popular than others, and some operations are cosmetic, like LASIK, and minor procedures with fast healing times. Other types of corrective eye surgery for refractive errors may mean more invasive options, including implants, but these help people with higher, more dangerous refractive errors. (Learn More)

If you have questions about which type of corrective eye operation is best for you, consult an optometrist or ophthalmologist. Keep reading to learn more about the options available, so you can ask informed questions. (Learn More)

What Is Corrective Eye Surgery?

Corrective eye surgery can refer to a range of procedures that correct errors in visual acuity — most often, refractive errors. A refractive error is a problem with vision caused by the shape of the eye, often due to a misshapen cornea, which prevents light from hitting the retina correctly, so the brain does not process a clear image of the world. These errors include:

At first, surgical options were used only to treat serious refractive errors since the procedures were fairly invasive, and healing took a long time. Now, thanks to advancements in laser technology, procedures are considered primarily cosmetic, and it only take a few days to heal most of the time. You can have corrective surgery for a minor refractive error like farsightedness, which takes up to 10 minutes per eye at most, and then be back at work the next day.

There are a few different choices for corrective eye surgery. The chosen procedure can make a difference in your post-surgical visual acuity, and one option may be better for you than others. Your optometrist or ophthalmologist can help you determine which is the best option for you. The information below can help you understand what the options are, so you know which procedures to talk about with your eye doctor.

Types of Corrective Eye Surgery Range From Laser-Guided to Implants

For the most part, surgeries applied to correct refractive errors are some form of cosmetic laser surgery similar to laser in-situ keratomileusis (LASIK).

The U.S. Food and Drug Administration (FDA), which oversees the safety of LASIK devices and procedures, conducted a study in 2017 and found that newer devices, better training, and improved steps in the procedure itself have all reduced the risk of side effects after LASIK.

Like LASIK, the risk of side effects is minimal. About 9 out of 10 people who undergo PRK get 20/40 vision or better.

Laser and microkeratome surgeries like those listed above are great options for people with standard refractive errors, especially astigmatism, myopia, and hyperopia. People who have presbyopia may benefit from some of these procedures, but because their corneas will continue to change with age and lead to increased farsightedness, not every option above works well.

If you are interested in a laser or microkeratome surgical procedure to correct your vision, you must:

For those who do not qualify for cosmetic eye surgeries due to serious vision problems, there are surgical procedures to correct more serious refractive errors, which involve implants to replace corneal lenses that are too misshapen or damaged. 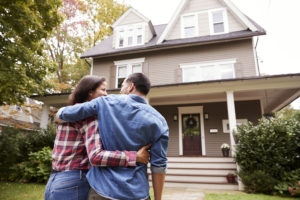 What Type of Corrective Eye Surgery Is for You?

If you struggle with a vision problem caused by a refractive error or an issue with the lens of your eye, you may qualify for some type of corrective eye surgery. LASIK and related procedures are typically considered cosmetic because you can continue wearing glasses or contact lenses to achieve 20/40 or better vision instead of undergoing a surgical procedure. This means that many insurance companies will not cover the cost of LASIK, PRK, or similar surgeries, or they will not cover much of the cost. Increasingly, as LASIK becomes more affordable and widespread, more insurance companies are providing options to manage your vision with this cosmetic option.

If you have a more serious refractive error requiring implants, your insurance is more likely to cover these procedures to prevent further visual degradation. The type of procedure that works best for you ultimately involves a conversation between you and your ophthalmologist. With the information above, you can ask more specific questions about the types of procedures you are interested in and get referrals for the best type of treatment.