Many people who struggle with refractive errors like astigmatism, nearsightedness, and farsightedness are tired of needing new glasses or contact lenses. LASIK was developed to treat these conditions exclusively, and it has become such a familiar name that people often ask their optometrists about the procedure regardless of what kind of vision correction they actually need.

As technology improves, new devices are added to the traditional LASIK procedure, and one that is growing in popularity is bladeless LASIK, or all-laser LASIK. Rather than use a blade to create the incision in the cornea, bladeless LASIK uses lasers for all aspects of the procedure. This may reduce healing time, although not all studies have conclusively shown distinct differences between traditional and bladeless LASIK.

This article will help you learn more about the pros and cons of both microkeratome, or traditional, LASIK and bladeless LASIK, so you can make the best decision for your vision improvement. 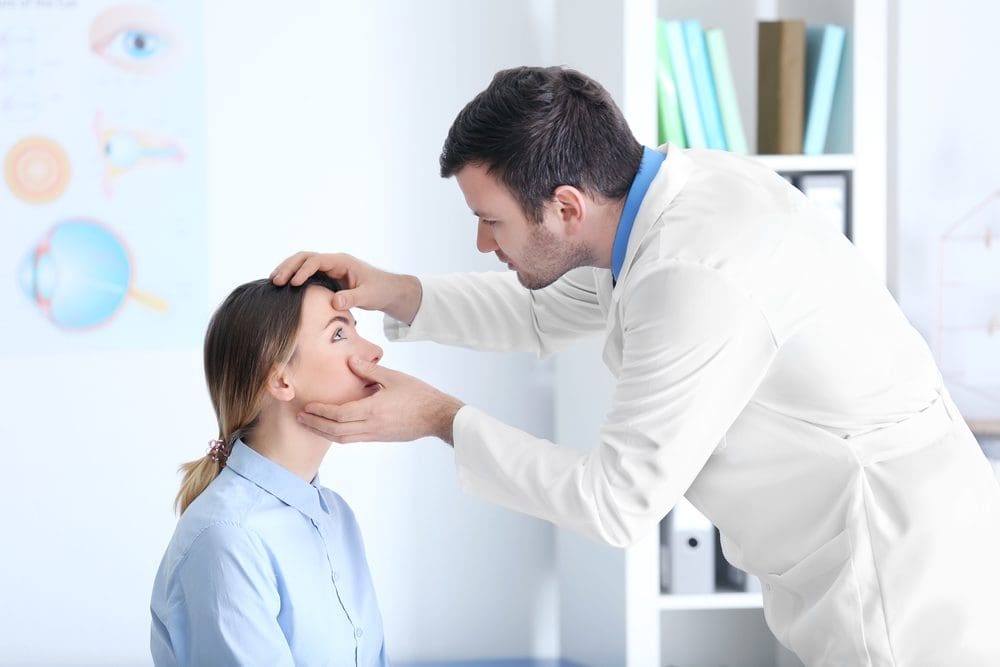 Can My Vision Be Improved?

LASIK is one of the most popular treatment procedures for eye problems, and doctors use it to correct refractive eye complications. For people with vision problems stemming from refractive errors, it is an effective surgery that removes the need for contact lenses and glasses. About 95 percent of patients who elect LASIK improve their vision to 20/40 or better – and 85 percent of them achieve 20/20 vision.

Even though LASIK is an effective method to treat various vision problems, the surgery is not for everyone. Certain eye and medical conditions, a reliance on some medications and lifestyles can be disqualifiers. Eye doctors determine eligibility based on medical history and a physical examination. General requirements include:

LASIK is an acronym for “laser in-situ keratomileusis.” It is a surgical procedure that reshapes your cornea so that light can focus on the retina. With a laser, the surgeon creates a flap in the outer layer of the cornea. He then lifts the flap to reveal the underlying tissue called the stroma.

The stroma part of the cornea is reshaped so that the light can fall on the retina. The doctor will flatten the cornea appropriately for nearsightedness. For farsightedness, the doctor increases its curvature. The flap is then returned to its original position, and the eye is allowed to heal.

What is Bladeless LASIK?

Bladeless LASIK is a type of LASIK treatment that uses all-laser technology to treat refractive errors. It differs from traditional LASIK because of the tools used to create the flap. Instead of using a specialized blade (microkeratome), the surgeon deploys a femtosecond laser, an advanced and higher energy laser. It increases the precision and quality of the outcome.

When choosing either approach to LASIK, it is important for your eye doctor to make sure your refractive error is not caused by another eye condition, and that you do not have a second eye disease, like glaucoma, macular degeneration, or cataracts.

During surgery, the doctor will create a thin flap in the cornea, the surface of the eye, to expose the lens, which rests behind the pupil. A preprogrammed laser will then activate and reshape the lens.

Both types of LASIK are outpatient procedures and should take no longer than 30 minutes, most of which is spent in preparation for the surgery itself. You will receive a local anesthetic and your eye will be held open so you do not blink. The laser used to shape the lens will shut off automatically if anything goes wrong, such as shaking of your eye.

Both approaches to LASIK can clear up refractive errors, although you may not have totally 20/20 vision after the operation. Many people get 20/30 or 20/40 vision, so they may have to use glasses while driving or reading to make up the difference, but they will no longer need corrective wear for most activities.

Based on how the LASIK procedure works, there are few differences between bladeless and traditional LASIK. However, it is important to be aware of any differences when you have a choice between these procedures.

What to Expect from Bladeless LASIK Surgery?

The bladeless procedure starts with a screening examination to determine if you are the right candidate for the surgery. You will also have a second evaluation after the first one determines you are a good candidate. The second consultation a pre-operative evaluation and is more comprehensive. Two weeks before the procedure, your doctor may require you to stop wearing your glasses or contact lenses.

The procedure takes less than 30 minutes. A numbing drop is placed in your eye, and the doctor cleans the area around your eye. Your other eye is covered during the procedure while the other eye’s lids are held open with a lid speculum.

The doctor then flattens the cornea using a transparent plastic plate. During this part, you may experience dim vision, the pressure of the plate, and some discomfort. The doctor then focuses laser energy in the cornea tissue, generating small gas bubbles and water, which connect and expand, separating the stroma and creating a flap.

The plastic plate is then removed, and the doctor lifts the flap, folding it and exposing the tissue underneath. With your eye in the right position, the doctor starts the laser and uses it to vaporize a precise amount of corneal tissue based on the initial measurements during evaluation. He then puts the flap back in its original position. You likely will be aware of new sounds and smells during this time and may have varying degrees of blurred vision.

There are no stitches that hold the flap in place. Instead, you will have a shield to cover your eyes for protection. You should have the shied on always even when you sleep until the eye heals.

Immediately after the procedure, you may experience itching, sensitivity, and other symptoms which will subside within weeks. Your doctor will advise you on the best aftercare treatment and steps.

The Pros and Cons of Traditional or Microkeratome LASIK

In a traditional LASIK procedure, a device called a microkeratome uses high-precision oscillating blades that are attached to a small suction ring to create a flap in the corneal tissue, which will allow the laser to reach the lens. The ring attaches to the cornea and applies high pressure while the flap is being created by the blades. This type of device has been used since the first LASIK procedure was approved in the late 1990s, and it has a long track record of safe surgeries with quick recovery times.

There are other advantages to traditional LASIK surgery.

There are risks associated with either type of LASIK, including inflammation, infection, damage to the cornea and lens, and vision problems like halos, dry eyes, or pain. These are very rare, and if they do not go away on their own or they get worse after the surgery, you should speak with your eye doctor. You should experience vision improvements immediately, and many people return to work within the next few days.

The Pros and Cons of Bladeless LASIK

Bladeless LASIK uses a laser throughout the whole procedure. Traditional LASIK does not. That difference it provides the following advantages and shortcomings. 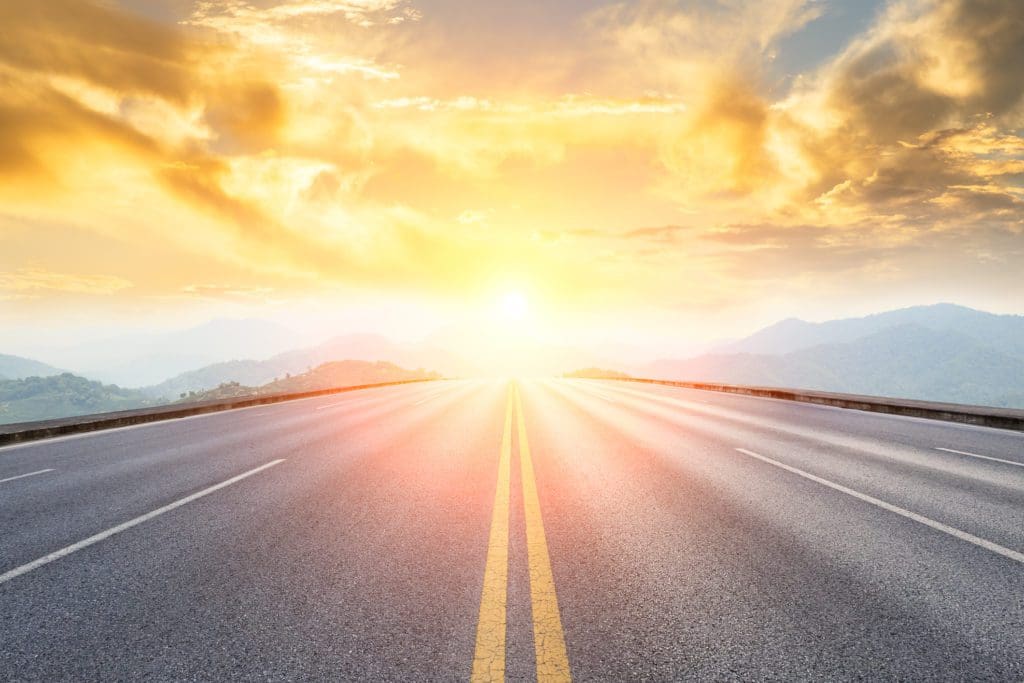 Both Approaches to LASIK Work Well for Most People

Both the traditional LASIK and bladeless LASIK are effective methods for treating refractive errors in most people. While each has its strengths and weaknesses, there are no significant differences in the outcomes or risk of infections.

One study from 2017 found no statistical differences in terms of efficacy, aberrometric changes and safety. However, the study found that bladeless LASIK offered a greater advantage in predictability and achieved higher accuracy on flap thickness.

Traditional LASIK is cheaper than bladeless LASIK because the latter uses modern technology that is yet to become readily available. The difference between the average prices for the two procedures ranges from $200 to $400 but could be higher in some cases. Your location and prescription also influence the final cost of the procedures.

Comparison of the Femtosecond Laser and Mechanical Microkeratome for Flap Cutting in LASIK. (August 18, 2015). International Journal of Ophthalmology.

What should I expect before, during, and after surgery? (November 2018). U.S. Food and Drug Administration.