Many people who struggle with refractive errors like astigmatism, nearsightedness, and farsightedness are tired of needing new glasses or contact lenses. LASIK was developed to treat these conditions exclusively, and it has become such a familiar name that people often ask their optometrists about the procedure regardless of what kind of vision correction they actually need. (Learn More, Can My Vision Be Improved?)

This article will help you learn more about the pros and cons of both microkeratome, or traditional, LASIK and bladeless LASIK, so you can make the best decision for your vision improvement. 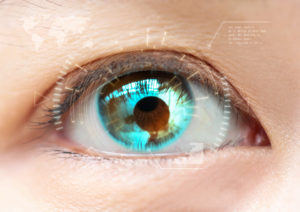 Can My Vision Be Improved?

If you have struggled with a refractive error like astigmatism or nearsightedness for many years, and you are tired of wearing contact lenses or glasses to correct it, you may investigate LASIK surgery. While there are several types of laser-assisted vision correction surgeries, LASIK is by far the most recognized and popular name in the field. Once you begin to research LASIK, you may find bladeless LASIK surgery, a procedure in which none of the incisions into the eye involve a microkeratome, the bladed surgical instrument used in other LASIK procedures to create near-microscopic incisions.

Before deciding whether to pursue bladeless or traditional LASIK surgery, it is important to know the differences between these two options.

LASIK is an acronym for laser-assisted in-situ keratomileusis. This procedure uses lasers to reshape the lens in the eye, so it refracts light onto the retina to create a clearer picture. Both traditional and bladeless LASIK use lasers at some stage in the surgical process to correct refractive errors like:

These conditions involve changes to the shape of the lens in the eye, making it difficult to focus on objects at a certain distance. For example, people who are nearsighted can focus their eyes on objects close to them, but they have trouble focusing on objects that are far away.

When choosing either approach to LASIK, it is important for your eye doctor to make sure your refractive error is not caused by another eye condition, and that you do not have a second eye disease, like glaucoma, macular degeneration, or cataracts.

During surgery, the doctor will create a thin flap in the cornea, the surface of the eye, to expose the lens, which rests behind the pupil. A preprogrammed laser will then activate and reshape the lens.

Both types of LASIK are outpatient procedures and should take no longer than 30 minutes, most of which is spent in preparation for the surgery itself. You will receive a local anesthetic and your eye will be held open so you do not blink. The laser used to shape the lens will shut off automatically if anything goes wrong, such as shaking of your eye.

Both approaches to LASIK can clear up refractive errors, although you may not have totally 20/20 vision after the operation. Many people get 20/30 or 20/40 vision, so they may have to use glasses while driving or reading to make up the difference, but they will no longer need corrective wear for most activities.

Based on how the LASIK procedure works, there are few differences between bladeless and traditional LASIK. However, it is important to be aware of any differences when you have a choice between these procedures.

The Pros and Cons of Traditional or Microkeratome LASIK

In a traditional LASIK procedure, a device called a microkeratome uses high-precision oscillating blades that are attached to a small suction ring to create a flap in the corneal tissue, which will allow the laser to reach the lens. The ring attaches to the cornea and applies high pressure while the flap is being created by the blades. This type of device has been used since the first LASIK procedure was approved in the late 1990s, and it has a long track record of safe surgeries with quick recovery times.

There are other advantages to traditional LASIK surgery.

There are risks associated with either type of LASIK, including inflammation, infection, damage to the cornea and lens, and vision problems like halos, dry eyes, or pain. These are very rare, and if they do not go away on their own or they get worse after the surgery, you should speak with your eye doctor. You should experience vision improvements immediately, and many people return to work within the next few days.

The Pros and Cons of Bladeless LASIK

The biggest difference between traditional LASIK and bladeless LASIK involves whether any blades are used in the procedure. In bladeless LASIK, even the initial cut into the cornea is made with a laser. In theory, this allows for more precision and shorter healing time, although in traditional LASIK, the microkeratome is automated too, so there is much less chance of surgeon error. The laser used to create the corneal flap is called a femtosecond laser.

Typically, anyone who qualifies for traditional LASIK can undergo bladeless LASIK. This procedure has been available in the United States since 2001 when it was approved by the Food and Drug Administration (FDA) after being submitted by a company named IntraLase. Often, bladeless LASIK is called IntraLASIK or IntraLase LASIK; however, since the technology was acquired by Abbott Medical Optics (AMO) in 2007, several other versions of this all-laser procedure have proliferated.

The benefits of bladeless LASIK include:

Sometimes, using the femtosecond laser allows for thinner corneal flaps, allowing the surgeon to correct higher levels of nearsightedness. The surgeon can also use the femtosecond laser to create different shapes or sizes of corneal flaps as needed for the procedure. The corneal flap’s edges can be structured to fit back into place better, improving healing time and reducing the risk of damage to the cornea after the surgery.

Although femtosecond lasers allow for greater precision and even more detailed work with creating corneal flaps, there are some risks associated with using a laser rather than a microkeratome. Some of these complications and risks include:

Additionally, some complications associated with traditional LASIK are more likely to occur with bladeless LASIK. One of these is transient light sensitivity syndrome (TLSS). The major sign that this syndrome is occurring is the rapid onset of painful light sensitivity or photophobia with no other changes in visual acuity. TLSS is most likely to begin between two and six weeks after bladeless LASIK, and being around fluorescent lights can make TLSS symptoms worse.

These side effects are very rare, so your chances of experiencing good outcomes with bladeless LASIK are high. However, to get the benefits of bladeless LASIK, you will also pay more than traditional LASIK: about $200 to $300 more per eye, or about $2,077 on average. 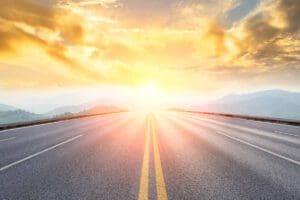 Both Approaches to LASIK Work Well for Most People

With both types of LASIK surgery, you may need to go in for a second treatment later called a revision or enhancement surgery. For the most part, the benefits and detriments of bladed and bladeless LASIK are the same. A 2015 study found that there were no statistically significant differences in healing time, infection rate, and return of visual acuity over one, three, and six months after several people underwent microkeratome and all-laser LASIK.

The ultimate decision is between you and your eye surgeon. They may have equipment for bladeless LASIK or not, they may recommend one over the other, and your insurance may cover one but not the other.

There are also different surgeries to correct refractive errors, including:

These other procedures may better suit your eyes and correct your vision than LASIK, whether it involves a blade or not.

Regardless of which option you choose, both types of LASIK have high success rates and consumer satisfaction. If you want to stop wearing glasses or contact lenses to manage a refractive error, talk to your optometrist or ophthalmologist about LASIK.

Comparison of the Femtosecond Laser and Mechanical Microkeratome for Flap Cutting in LASIK. (August 18, 2015). International Journal of Ophthalmology.