Home » Diagnosed With Glaucoma? What You Should Know » Common Glaucoma Causes – Genetic Factors, Diabetes and More

Glaucoma has long been tied to intraocular pressure, but recent research has shown that fluctuating pressure levels do not necessarily lead to glaucoma, casting questions on what the causes of glaucoma might be. It is known that glaucoma has significant hereditary factors. (Learn More)

Many other risk factors, such as age, diabetes, eye injuries, and certain medications, can also increase the risk of the development of glaucoma. (Learn More) Some scientists have found evidence that glaucoma might be due to the immune system malfunctioning in reaction to bacteria. (Learn More) 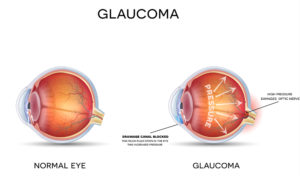 The Cold Spring Harbor Perspectives in Medicine journal explains that glaucoma is hereditary. It is known to run in families, and some researchers have identified genes that are related to the development of glaucoma and damage to the optic nerve. There are many other factors, including high blood pressure and lifestyle problems. It may also be a side effect of other conditions or certain medications.

Furthermore, it is possible even for patients with healthy intraocular pressure to still lose their vision because of glaucoma. Review of Optometry explains that IOP fluctuates throughout the day, for many reasons, even in the eyes of people who have no vision problems.

Ultimately, this means that the full scope of causes for glaucoma is not yet comprehensively understood. However, we do know what the risk factors for glaucoma are.

Having a family history of glaucoma is also a risk factor. Primary open-angle glaucoma, which is the most common form of the condition, is passed down through genes. People who have immediate family members who have had glaucoma are four to nine times more likely than the general population to develop glaucoma themselves. 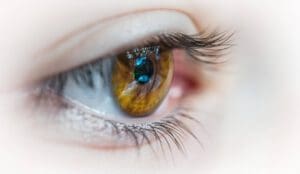 Diabetes is an example of a medical condition that can greatly increase the risk of glaucoma. Diabetes can double the chances of a glaucoma diagnosis. Poorly managed sugar levels can cause high blood pressure, which in turn damages blood vessels in the retina, leading to glaucoma.

As for why this is, doctors believe that when blood vessels in the retina become damaged, abnormal blood vessels grow in the eye, causing a condition known as neurovascular glaucoma. The abnormal vessels block the drainage system from draining the aqueous humor, causing a buildup of pressure in the eye.

Another theory regarding diabetes implicates high blood sugar — namely, that high levels of glucose in the blood leads to a specific glycoprotein forming in the eye. The glycoprotein can also block the draining system, backing up the aqueous humor and causing high intraocular pressure levels.

Eye injuries can also be a cause of glaucoma. Trauma to the eye or the eye socket can increase pressure on the eye. Alternatively, injury can dislocate the lens and obstruct the drainage angle of the eye.

Other eye disorders that might cause the same problem are eye tumors, retinal detachment, and eye inflammation.

Patients who use corticosteroids for a long time are also at risk for developing secondary glaucoma. The Drugs & Aging journal explained that this is the result of the anti-inflammatory properties of corticosteroids raising intraocular pressure. Patients who have other risk factors for glaucoma are more likely to experience the condition if they take corticosteroids (usually prescribed for the treatment of asthma, allergies, inflammatory bowel disease, rheumatoid arthritis, and other conditions). 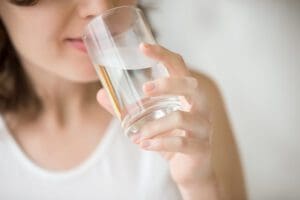 In 2018, some scientists found evidence that suggested that vision loss in patients who have glaucoma is the result of an immune reaction to exposure to bacteria at an early age. Such an exposure can elevate eye pressure and activate heat shock proteins, which respond to stressors. When the heat shock proteins are identified by special T cells, they attack because they mistake the neurons in the retina as foreign particles.

The co-senior author of the study, also an associate professor of ophthalmology at Harvard Medical School, was quoted by the Glaucoma Research Foundation as saying that elevated eye pressure does not necessarily lead to glaucoma. Instead, eye pressure is “only a risk factor,” he said. Only a relatively small percentage of people who have high intraocular pressure actually go on to develop glaucoma.

The CEO of the Glaucoma Research Foundation hailed the findings because they add to the possibilities of more targeted treatment options for glaucoma, perhaps even moving closer to finding a cure for glaucoma.

Another reason the findings are significant is because glaucoma has sometimes been difficult to detect when it is not fully developed. The co-senior author of the study explained that glaucoma tends not to have any symptoms when it is in its early stages. As a result, diagnoses are usually made much later on, when the condition is in effect and some vision loss has already occurred.

Diabetic Eye Disease. (May 2017). National Institute of Diabetes and Digestive and Kidney Diseases.

Diabetes and Risk of Glaucoma: Systematic Review and a Meta-Analysis of Prospective Cohort Studies. (September 2017). International Journal of Ophthalmology.

What Causes Glaucoma? Scientists May Have Finally Figured It Out. (August 2018). Glaucoma Research Foundation.