Other research shows that this treatment is effective about 80 percent of the time. This study reported a 20 to 25 percent reduction in intraocular pressure.

Glaucoma remains the leading cause of blindness in the United States. Though there are treatment options, this condition is not curable.

It is estimated that over 3 million people in the U.S. have glaucoma. Since this potentially debilitating eye condition can lead to blindness, it is imperative to understand the available treatment options.

SLT laser therapy is a treatment people might not be aware of. If you have glaucoma, especially if you haven’t been responding to conventional treatments, talk to your doctor about this option. 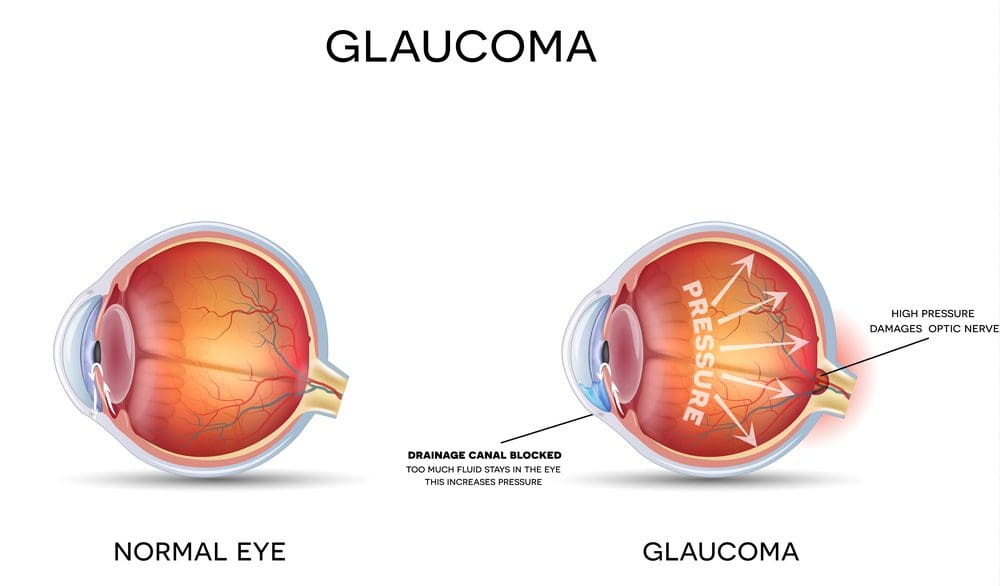 Over 120,000 people in the U.S. are blind as a result of glaucoma. This condition is characterized by optic nerve damage that typically results from intraocular pressure in the eye being too high. Glaucoma most often occurs in older adults, but people of all ages can be affected.

People can develop this condition in one or both of their eyes. The open-angle type often begins with no symptoms. The person’s vision remains normal, and they experience no pain.

As the condition progresses, the person’s peripheral vision starts to worsen. Eventually, it may feel like they are looking through a tunnel. Without treatment, central vision can reduce until they no longer have any vision.

Any vision loss a person experiences cannot be restored. There are treatments that may help to slow down the progression of this condition though.

Prescription eye drops are usually the first course of treatment. There are several types that patients can discuss with their doctor.

If eye drops are not enough, the doctor may prescribe oral medications. The most commonly prescribed type is carbonic anhydrase inhibitors.

There are also surgical procedures if eye drops and oral medications are not successful. These include laser therapies, inserting drainage tubes, filtering surgery, and minimally invasive glaucoma surgery.

When to Consider SLT Laser Treatment

Other research shows that this treatment is effective about 80 percent of the time. This study reported a 20 to 25 percent reduction in intraocular pressure.

This treatment can be used for secondary and primary open-angle glaucoma. Some doctors try eye drops first to reduce intraocular pressure. Other doctors are willing to give SLT a try first. The better option ultimately depends on the individual and their needs.

If compliance with eye drops is a concern, SLT might be considered as an initial treatment. When someone is using eye drops for glaucoma, they need to apply them daily. In some cases, they have to be applied more than once per day. Some studies have concluded that people with glaucoma only use their eye drops about half as often as they should.

Not administering eye drops properly is another concern. Improper use can reduce the efficacy of the medication.

With SLT, compliance is 100 percent. People with glaucoma do not have to administer medicine daily to reap the benefits.

What Is SLT Laser Treatment for Glaucoma?

Before agreeing to SLT, it is important for people to know what it is and how it works. People should also be aware of the possible risks, so they can be prepared if they do occur.

In the U.S. and other countries throughout the world, SLT has been used for over 25 years, so it is not a new treatment option for glaucoma. The purpose of this treatment is to reduce intraocular pressure in the eye of a person with glaucoma.

During SLT, the doctor directs laser energy to the eye’s drainage tissue. This initiates a biological and chemical change in the tissue. This results in fluid draining better, so it is not accumulating in the eye. As excess fluid drains from the eye, it causes intraocular pressure to decrease. It can take approximately one to three months for the results to become apparent.

If one treatment does not lower the intraocular pressure enough, SLT can be repeated. This is because the laser used for the procedure does not burn. The effects can also wear off, so the person may need to have SLT repeated to maintain control over their intraocular pressure. On average, the results of this procedure last for one to five years.

It is rare for people to experience complications after undergoing SLT, but side effects are possible.

Transient increased intraocular pressure is possible after SLT. This typically only lasts for a short time. The doctor can prescribe topical medications to control the temporary increase in eye pressure. This side effect typically goes away within about 24 hours following SLT.

Following this procedure, people who were taking glaucoma medications may still need to take them. Other people will be able to control their intraocular pressure with SLT alone. Regular visits with the doctor will determine if medication is warranted.

An Option for Some

People with glaucoma who are not getting enough out of their current treatment regimen can speak to their doctor about SLT laser therapy. It may be a more effective option to control their intraocular pressure.

How Much Does SLT Laser Treatment Cost?

SLT is a relatively cost-effective primary therapy for people with glaucoma compared to medication and surgery. One of the earliest cost studies indicated that the cost of bilateral SLT was $675 and a single-eye procedure costing $330. The study was conducted in 2012, and the cost has increased since, as expected.

A 2017 cost comparison put the cost of bilateral SLT treatment at around $840. Today, however, according to MDsave, the estimated national average cost is around $2,000. Cost Helper estimates laser treatment for glaucoma to cost between $1,000 and $2,000. Note that these costs do not include the initial consultation and diagnosis as well as any glaucoma medications.

What Are the Different Types of Glaucoma? Prevent Blindness.

SLT or Drops? Take Your Pick. American Academy of Ophthalmology.

Treating With SLT First: The Pros and Cons. Review of Ophthalmology.

Selective laser trabeculoplasty for glaucoma: can it wear off? (March 2020). Top Doctors.