What Did People Do Before Glasses?

Home » Everything About Glasses in 2022 (& How to Choose a Pair) » What Did People Do Before Glasses?

In the earliest days of human history, when we were mostly nomadic tribes, people with vision problems had a hard time. Those with minor vision problems would likely be all right, but those whose problems were severe enough could potentially be abandoned or killed if they could not stay productive enough.

As people settled down, it became a more widely accepted practice to at least treat those with serious problems with some empathy, although we still often lacked the science and social programs to properly support them.

The first spectacles showed up around the 13th century. By the 17th and 18th centuries, we began to have glasses that looked vaguely like we recognize today. The earliest spectacles were basically just magnifying glasses meant to help you read, but later models grew in complexity.

Past groups didn’t have the same understanding of science that we have today. They also grew up in societies that taught them very different values. Still, some people treated those with vision problems better than others.

Below, we give a basic introduction to a huge chunk of history that covers many different peoples, all with their own values and understanding of medical science. 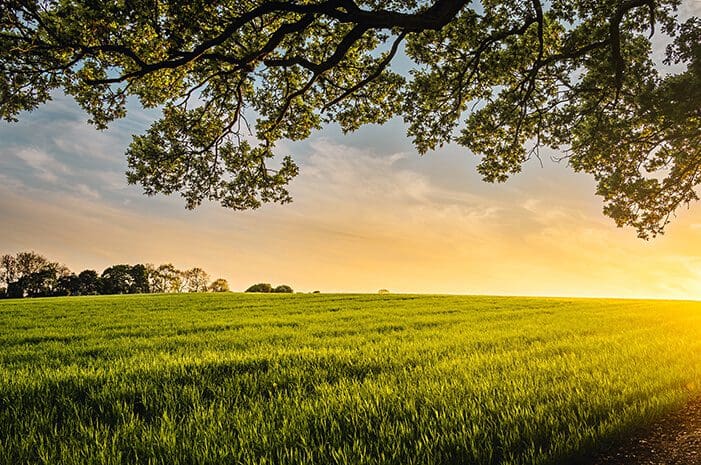 Optometry has a history that is centuries long. For quite a while, little was understood about the science behind vision loss.

The earliest people were largely nomadic, with agriculture only coming later and representing a paradigm shift in the development of civilization. Nomadic people need to move relatively quickly to survive, as they must go where food is once their current supply is low.

With more or less no way to correct vision problems, early humans simply had to deal with whatever problems they faced. This means those with very poor vision were sometimes left behind.

By our modern standards, we would likely find the way those who had debilitating vision problems were treated quite cruel. Nomadic people, and even settled people in especially harsh environments like the arctic or deserts, might:

Notably, this was not universally true, and societies generally evolved past this practice (even if similar cruel practices still existed in a narrower sense) as the centuries went on. Religion often played a big role, as many societies started believing it was sinful to treat people with disabilities this way. They began to believe such behavior could even have divine consequences.

There is also some progressive adjustment that goes on as vision gradually worsens. Many people may not have realized how bad their vision was since the decline was very gradual over several years. They learned to adjust to these changes in vision and made accommodations accordingly, such as relying on their other senses more.

With the rise of stationary peoples thanks to agriculture, the development of countless innovations from the plow and beyond, and the solidifying of rules and laws (many of which were strongly linked to religious beliefs), the view of people who were “different” changed. Eventually, what we think of currently as “civilization” came to be, with money and relatively set power structures.

Corrective lenses were invented around 1286. These were rudimentary lenses, and it would be a while before a greater spectrum of people were helped by these lenses.

The life of someone with debilitating vision problems would vary greatly society to society, especially based on the wealth and power of the family that person belonged to. Most societies from even a few centuries ago had far fewer social programs than we do today, and a person with vision problems would generally have difficulty making enough money or producing enough products to eat without outside help (often coming from family members). 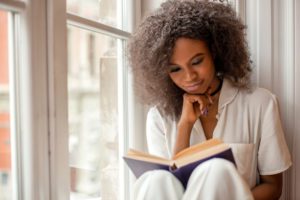 At the same time, precise vision was not as necessary for most people even a few centuries ago. Literacy rates were far lower (often sitting around 20 percent or less) in most cultures than we see today.

Work generally required less formal education too. Vision problems can make schooling far more difficult, especially in societies with less understanding of how to help people with these issues.

Most people would not be expected to do especially precise things with their sight and would probably not have a significantly harder time than their peers as long as they could perform whatever work was expected by their society of a member of their social class. Again, it may seem unfair by modern standards, but if you had good enough sight to work, you’d probably be able to at least get food and/or pay consistent with your peers. Those with more severe vision issues had more significant problems with basic quality of life and survival.

The Rise of Spectacles

In the late 13th century, the invention of spectacles was a game changer, in some ways marking the beginning of modern optometry. These early pieces of corrective wear were rare outside of Italy, where they were invented. They were basically just magnifying glasses, but they could still help people with moderate sight problems do things like read.

Bigger changes were seen in the 18th and 19th centuries, where spectacles and glasses as we know them really began to take shape. Literacy rates rose. Despite the stigma around anything viewed as a disability aid, people began to use these technologies more, thus encouraging innovation in the field.

Nearsightedness (the most common vision problem) was notably rare in the past, but rates of it skyrocketed as the literacy rate rose. It began to grow more common, or at least more widely reported, and important changes started to be seen, such as far more commonplace eye exams.

There is much speculation about the rapid increase in rates of myopia (nearsightedness). It is thought of as a somewhat modern condition, with some experts predicting that half the world will be nearsighted by 2050. While the cause is unknown, it is believed that past generations didn’t deal with this problem to nearly the degree that we do today.

In fact, some past generations actually viewed myopia as a benefit since these individuals were able to perform up-close tasks particularly well. The vision issue was not corrected, but rather encouraged, to allow for precise detailed work, such as painting Bibles and illuminating manuscripts.

As time progressed, people started to get certain kinds of lenses actually prescribed to them rather than more or less randomly trying pairs of spectacles until they found one that worked fine for their eyes. The field of optometry further developed as doctors began giving more detailed vision tests to allow for these prescriptions.

While there were many developments yet to be made, there is an argument that modern optometry truly started in the mid-18th century in a way roughly recognizable to the modern wearer of eyeglasses.

The Complexity of History

All of the above is only a basic summary of the history of vision issues and eyeglasses. The in-depth history is much more complex and nuanced.

There are things that may have slowed progress in optometry. For example, in the 15th century, glasses were often associated with magic powers, immorality, and being in league with the devil. These beliefs likely prevented some research and development in the field.

Ultimately, before glasses, people had to adjust and make accommodations for their vision issues. Depending on the severity of their issue, they may have just performed more poorly at certain tasks, or they may have had more significant problems. With severe issues, they may have had to rely on family members for survival.

What Did Nearsighted Humans Do Before Glasses? (July 2016). NPR.

More People Were Literate in Ancient Judah Than We Knew. (April 2016). Mental Floss.

How Did Nearsighted People Manage Before Eyeglasses Were Invented? (April 2019). Live Science.

Why So Many Humans Need Glasses. (June 2017). Psychology Today.

The Quest for Clearer Vision: The History of Eyeglasses. (March 2019). Pennsylvania College of Optometry.