Everything You Need to Know About Raindrop Eye Surgery

Home » Types of Eye Surgery: An Exhaustive Guide » Everything You Need to Know About Raindrop Eye Surgery

The Raindrop inlay and eye surgery was a minimally invasive, outpatient procedure that treated presbyopia.

The clear disc of the Raindrop inlay was approved by the U.S. Food and Drug Administration (FDA) in 2016, and it was one of the more popular implants available.

While there are several surgical and nonsurgical treatments for presbyopia, the Raindrop was innovative because it did not remove any tissue from the cornea or require reshaping the eye. Instead, this minuscule device was implanted in the center of the cornea to change how light was refracted, and it had about the same physical impact as other eye surgeries.

The Raindrop device is no longer on the market as of 2018 due to a high incidence of post-surgical corneal haze. Future developments similar to the Raindrop take this risk into account and apply some existing treatments that reduce surgery-related corneal haze.

What Is Presbyopia, and How Is It Treated?

Presbyopia is an age-related refractive error. As you get older, parts of your eye shift, change, or weaken.

This specific refractive error starts in people who are 40 or older, as their cornea and lens change shape or lose mass. Farsightedness becomes a problem, meaning reading, using a computer, or performing other up-close tasks becomes more difficult.

More outpatient surgeries are focusing on presbyopia treatments. Laser surgeries like LASIK may work for a few months or years, but ultimately, the eye continues to age, so the lens will change shape again. This leads to the need for a second surgery, which may not be possible.

One new approach to treatment is a corneal inlay, which is a near-microscopic device implanted just beneath the cornea to change the angle at which light is refracted onto the retina to create a clear image of the world.

The first corneal inlay, approved by the U.S. Food and Drug Administration (FDA) in 2016, is the Raindrop inlay. While this product is no longer available, several other inlay brands are, so you can speak with your ophthalmologist about the “raindrop” procedure. 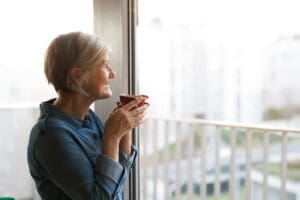 What Is the Raindrop Inlay?

The Raindrop inlay was developed, patented, and manufactured by ReVision Optics.

The device, which has been reproduced by other optometric manufacturers, is smaller than the eye of a needle and implanted beneath the cornea. It is about 80 percent water and looks like a small, curved disc, similar to a contact lens.

When implanted in or just beneath the cornea, the Raindrop inlay increases the steepness of the center of the eye, changing how light is refracted into the back of the eye where the retina resolves it into an image.

The Raindrop device improves near vision in the nondominant eye. People who benefit most from this device fit the following criteria:

Before the Raindrop inlay was developed, these were other treatments for presbyopia:

Whether monovision (in one eye), bifocal, trifocal, or multifocal, soft contact lenses are less noticeable than glasses. They correct vision when farsightedness has progressed far enough that consistent vision correction is needed. However, for people who are not used to needing vision correction, daily wear of contact lenses may feel complicated or inconvenient.

LASIK or other laser vision correction

However, these treatments are not recommended for people whose visual acuity is continually decreasing because their refractive error is still changing, and this includes people with presbyopia. Additionally, you may not be able to have more than one laser-guided procedure if your cornea is too thin.

Similar to LASIK, your eye surgeon will reshape your cornea to refract light using radio waves or heat from a probe. This procedure is recommended more often for people with significant presbyopia. Still, as your eye continues to change, the effects will wear off.

Before the Raindrop-style inlays were developed, a type of monofocal inlay could be implanted in one eye to reduce the amount of light that entered from the periphery, so only centrally focused light rays hit the retina, which would improve central vision clarity.

However, higher eye pressure, trouble with distance vision, and other issues have led to some people asking for these inlays to be removed.

Clear corneal inlays like the Raindrop device have revolutionized the approach to presbyopia treatment. This is essentially a very small contact lens, with less intrusion or impact on the eye because your natural lens is not removed or adjusted. Instead, a small device is placed under the first layer of the eye. 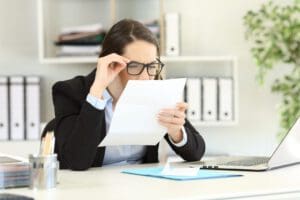 he inlay procedure itself is simple.

First, you will work with an ophthalmologist to get a complete eye exam, so they can understand your refractive error, corneal health, and overall eye health, and ensure you are a good candidate for these corneal inlays.

Your ophthalmologist will then have you wear a contact lens in your nondominant eye for five days, to determine if you can get used to the prescription difference in near and far vision. If this process works well for you, your surgery will be scheduled.

Two days before the procedure, you will begin using a steroid eye drop. Be sure to schedule a ride home after the procedure because you will not be able to drive.

Your eyes will be numbed with special anesthetic drops. You will lie down and focus on a point of light while a device holds your eyelids open, so you do not blink during the procedure.

You will not need stitches for the cornea to heal, although you will need to wear an eye shield at night to protect your eye for up to four weeks. You will also receive prescription steroid and antibiotic eye drops and artificial tears, which minimize the risk of inflammation, infection, dry eye, and other side effects as you heal.

As with other types of eye surgery, you will need to avoid certain things and activities, such as the following:

Avoid anything else that may dislodge the corneal flap or irritate the eye for at least the first week after the procedure. Once you have had a follow-up exam, your eye care provider can tell you if you can return to these activities or if you need more time to heal.

Follow-up exams will typically be scheduled with your ophthalmologist one day, one week, and one month after the procedure. They’ll then be scheduled every six months for a year or two. This ensures that any issues with the implant are addressed as soon as possible. 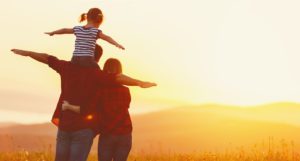 In the patent information, the Raindrop inlay has various listed risks:

Complications with the implant, such as these:

Although the Raindrop inlay was a great option for many people with presbyopia, the device has been recalled by the FDA and is no longer available. In 2018, reports to the FDA led to the conclusion that a higher risk of corneal haze led to postoperative problems more than a year after the procedure, and sometimes required removal of the device or other surgical interventions to improve sight.

Corneal haze was the most significant issue associated with the Raindrop, leading to its recall.

In a healthy cornea, the cells are transparent and surrounded by an organized cell structure called the extracellular matrix. When the cells are injured or disturbed in some way, they can regrow improperly, leading to a surface haze effect, which appears like white spots or cloudiness.

This condition is most often associated with photorefractive keratectomy (PRK) surgery, but it was found to occur at even higher rates in people who had undergone Raindrop implantation.

Alternatives to the Raindrop Procedure

While people who already have the device implanted can continue to receive support from their ophthalmologists to maintain eye health, the device is no longer available as an option for presbyopia. Other options to treat age-related farsightedness are being developed, including options based on the Raindrop inlay.

The current alternative devices to treat presbyopia are as follows:

For people whose eyes are reasonably healthy and otherwise good candidates for corneal inlays, these clear reshaping implants have great success.

Although the cornea is opened a small amount, there is no corneal tissue removed, unlike with procedures like LASIK. The healing time is longer than with some laser surgeries, but the overall impact on the eye is about the same without changing the internal structure of the eye directly.

In the post-study questionnaire for Raindrop, 95 percent of patients reported being satisfied or very satisfied with both near and intermediate vision; 84 percent reported rarely, if ever, wearing reading glasses.

Early treatments involving photorefractive keratectomy (PRK) resulted in high rates of corneal haze in the years after treatment, so postsurgical treatment with antimetabolites like mitomycin C (MMC) was found to help prevent this condition after this laser surgery. These treatments could be applied to future versions of corneal inlays inspired by the Raindrop device.

What Is Presbyopia? (September 2017). American Academy of Ophthalmology (AAO).

A Review of Presbyopia Treatment with Corneal Inlays. (June 2017). Ophthalmology and Therapy.

FDA Approves Implantable Device That Changes the Shape of the Cornea to Correct Near Vision. (June 2016). U.S. Food and Drug Administration (FDA).

Update on Corneal Inlays for Presbyopia. (February 2016). Review of Ophthalmology.