There are several potential causes of cataracts. Understanding these causes can help you reduce your risk. (Learn More)

Regular eye exams are essential to get an early cataract diagnosis before the condition impacts your vision. (Learn More)

How Can Cataracts Be Prevented? 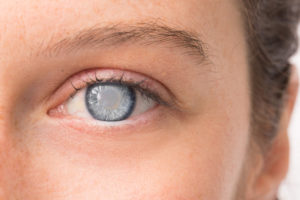 Cataracts are cloudy areas, spots, or streaks that develop in the lens of the eye. Over several years, cataracts may grow large enough to cause blindness.

There are several potential causes of cataracts, with age and heredity being the leading risk factors. If you are at risk for developing cataracts, you likely want to know how to mitigate your risk so you can keep clear vision for longer.

There are several medications, substances, and conditions that can increase your risk of developing cataracts, but it is important to understand that no single cause will trigger cataracts. Discuss your concerns and risk factors with your eye doctor during regular eye exams. Your optometrist or ophthalmologist can check your lens for any signs of cataracts before they begin to obscure your vision.

Ultimately, many substances and behaviors can contribute to the formation of cataracts. While they don’t necessarily cause cataracts, they do increase the likelihood of developing them.

Does Flonase Cause Cataracts?

People who have chronic allergies may use Flonase, Veramyst, or another nasal spray that contains corticosteroids to ease inflammation, allow for better sinus draining, and lessen other symptoms associated with allergies.

Using these medications occasionally should not cause many lasting problems, but many people use these regularly. Corticosteroids are known to increase your risk of cataracts, even in people who are younger than 40.

Medical surveys since 1980 have found a link between inhaled corticosteroids like Flonase and nuclear and posterior subcapsular cataracts. 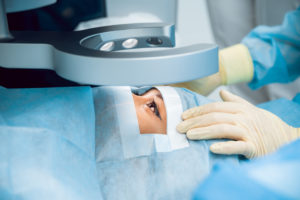 Tamoxifen is a medication used in breast cancer treatment, and it can be a vital component of saving lives. The medication is an oral anti-estrogen drug, which helps stop cancerous tumors from growing.

The drug has also been linked to an increased risk of cataracts. Both breast cancer and cataracts become more likely in older adults.

The study found that short-term and standard-term users were more likely to develop cataracts compared to the control group, and the risk level for standard-term and long-term tamoxifen users was about the same. The study concluded that women who sought tamoxifen treatment should discuss cataract risk with their doctors and ensure they receive regular eye exams if they do pursue the therapy.

A meta-analysis of smokers and former smokers and their risk of cataracts reinforced the association between smoking cigarettes and developing cataracts later in life. The researchers examined 13 prospective and 8 case-controlled studies that had information on smoking and age-related cataracts.

There was a positive association between nuclear cataracts and ever smoking cigarettes. The researchers also found some significant correlation between posterior subcapsular cataracts. Current smokers in the studies were found to have a higher risk of cataracts compared to people who quit smoking.

If you are concerned about your risk of cataracts, ask your doctor about how to successfully quit smoking.

The Centers for Disease Control and Prevention (CDC) defines this as one standard drink per day for women and two standard drinks per day for men. The CDC also notes that there is no fully safe consumption of alcohol, but there are ways to reduce your risk if you do drink.

A study that found less risk for light and moderate drinkers did note that people who drink heavily, instead of in moderation or not at all, may also smoke cigarettes, which is a confirmed risk factor for age-related cataract development. However, the study did associate heavy drinking with an increased risk of cataracts later in life. 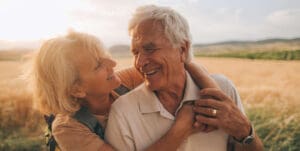 An Australian study tracked 3,500 people between 1992 and 1994 who took these types of blood pressure drugs. The participants were an average of 49 years old. About 54 percent of people who took ACE inhibitors ended up undergoing cataract surgery, which was not found to be statistically significant. About 61 percent of people who took beta blockers also underwent cataract surgery.

A study showed that simple myopia does not increase your risk of cataracts, while high myopia is a common risk factor for developing cataracts due to an increased risk of damaging proteins in the lens. The British study also found that worsening myopia within four years of a cataract diagnosis, after having relatively stable nearsightedness, can indicate the development of a cataract.

The Effect of Sunlight & Ultraviolet Light on Cataracts 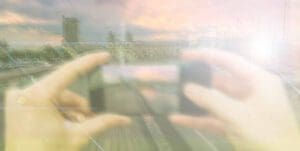 Sunlight in general does not harm your eyes, but ultraviolet (UV) light can cause a range of eye problems. For example, if you are outside in bright light for too long, either in the summer or winter, you may get a sunburn on the surface of your eye, called the conjunctiva.

Long-term, consistent sunlight damage to your eyes exposes your lens to high levels of both UVA and UVB radiation. This radiation can damage the proteins and cause cataracts.

This is a simple risk factor to reduce. Make sure you have sunglasses that filter UVA and UVB to wear during the day. If you enjoy skiing or other winter activities, wear goggles or sunglasses that allow you to participate in these sports while also protecting your eyes from reflected UV light.

If you work in a job that exposes you to UV light from other sources, ensure that you have proper safety gear to protect your eyes.

If you take any of the prescription medications that list cataracts as a side effect, work with your doctor to find better solutions or otherwise mitigate your risk. You can also make lifestyle changes that will keep your eyes healthier overall.

Your eye doctor can help you manage your cataract risk by examining your eyes for this potential problem and identifying cataracts before they cause loss of eyesight. Your doctor will also let you know if or when you need to get cataract surgery.

People’s Pharmacy: The Link Between Flonase and Cataracts. (July 2010). The Seattle Times.

Use of Inhaled Corticosteroids and the Risk of Cataracts. (July 1997). The New England Journal of Medicine (NEJM).

Higher Risk of Cataract Surgery with the Use of Drugs to Reduce Blood Pressure. (July 2009). Medical News Today.

Cataract: The Relation Between Myopia and Cataract Morphology. (June 1987). British Journal of Ophthalmology.

The Sun, UV Light, and Your Eyes. (June 2020). American Academy of Ophthalmology (AAO).