Are Laser Pointers Strong Enough to Cause Eye Damage?

Legally speaking, for a product to qualify as a “laser pointer,” it must be of a power level low enough that it is unlikely to cause damage to the eyes unless someone stares into it for a long period.

Unfortunately, many laser products either lack proper labeling or are intentionally mislabeled. These products may be more dangerous than what the FDA would qualify as safe. Some of them can be very dangerous to your eyes. 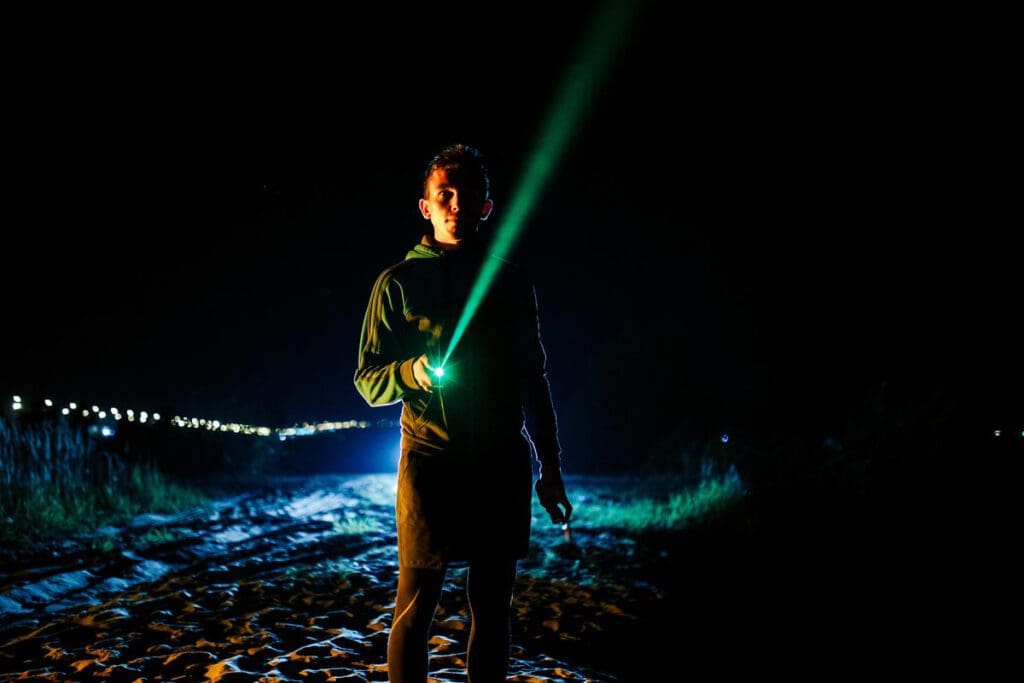 The more power a laser has and the more narrow the focus of its beam, the more potential it has to harm an eye. Especially strong lasers can even cause burns or fires, although these devices are generally much stronger than what would be classified as a consumer-grade laser pointer.

The point at which a laser becomes notably dangerous is at about 5 milliwatts of power. At this point, the light can do real harm to the eye in a brief enough window that simply closing one’s eye or turning away once you notice the light may not be enough.

Again, laser pointers are often sold without proper labels, or they sometimes even have inaccurate labeling. Daniel Hewett of the FDA’s Center for Devices and Radiological Health noted that the majority of pointers he tested, about 60 percent, were stronger than their labels indicated.

How Pointers Damage the Eyes

Above 5 milliwatts of power, a laser can potentially permanently damage the eyes in under 10 seconds. For especially strong lasers, this damage can be almost instant.

This harm is mostly the result of the sensitive light-sensitive cells in the eye’s retina becoming overloaded and damage done to the macula.

Even before that level of power, willfully staring at a laser pointer’s light for a long period can still cause harm. It is a genuine risk for children and anyone who underestimates the potential damage lasers can do.

The potential for harm even in many “safe” lasers is comparable to that of staring at the sun or a similarly bright source of light.

Temporary blindness can happen almost instantly at the power levels ostensibly considered safe for lasers. This has the potential to both temporarily blind and disorient a person, which can be dangerous for people in precarious situations or those operating heavy machines or vehicles, including planes.

Technically, a product can only qualify as a laser pointer if it is rated Class IIIa and below. When used properly, the FDA notes these products have a low potential for harm.

The issue is that, while it is illegal to do so, many laser products are labeled as laser pointers despite being above the power level permitted for a Class IIIa rating. Additionally, it is perfectly legal for companies to sell stronger laser products if properly labeled and otherwise in line with current regulations.

A consumer should never consider a laser classed higher than Class IIIa as safe to point into the eyes and should not trust children with these products. Moreover, it is better to simply never point a laser into a person’s or animal’s eyes unless you are a trained expert, using a trusted device, and doing so with some type of medical purpose.

How to Tell if a Laser Pointer Is Safe

A good rule is to always assume a laser pointer isn’t safe to point into the eyes. Even safe products can still cause discomfort and temporary blindness. Improper labeling is enough of an issue in the United States that you cannot rely on a label unless absolutely sure the laser comes from a reputable company.

In general, green and red lasers have the least potential to do harm because the human eye is sensitive to these colors and will react fairly quickly.

Blue and violet lasers have a fairly high potential for harm because our eyes are less sensitive to these colors. As a result, reaction times may be slow, even as the light damages your eyes.

Regardless, even green and red lasers may harm the eyes under the wrong conditions.

These are some warning signs that a laser may be dangerous. If you notice these, stop using the laser:

A small, handheld laser pointer from a reliable company and with proper labeling is likely safe in the hands of an adult or mature child. As long as such a device is used only to point at things like stars and other inanimate objects, the potential for harm is low enough that paying attention to your surroundings and immediately moving the laser if it is near someone’s eyes should prevent permanent harm.

It should always be considered dangerous to point a laser at moving aircraft, as the light can be more blinding than many people realize. It is also illegal. Pointing a laser at an aircraft can and has resulted in serious legal penalties.

Signs You Should See a Doctor

If you experience any change in your vision that lasts longer than a few minutes, see an eye doctor as soon as possible to have them check your eyes for any damage. This isn’t just applicable after exposure to lasers, but it’s a good general policy regarding eye health.

You should also see a doctor if you experience any other eye symptoms, such as irritation, even if your vision seems normal. Inform your doctor of the exposure to laser light.

Stop using any laser product that you believe may be connected to developing problems with your vision or eye health. You may want to keep the product in a safe place, as the company that manufactured and sold it can be liable for damage if the product was mislabeled or otherwise sold in a way that didn’t follow U.S. safety regulations.

If you did damage your eyes with a laser pointer, the damage isn’t necessarily permanent. In most cases, people recover some of their vision within a few weeks or months. Your doctor will be able to assess your situation and let you know what to expect.

Is Your Laser Pointer Dangerous Enough to Cause Eye Injury? (June 2018). American Academy of Ophthalmology.