Why VR (& VR Headsets) Can Cause Serious Eye Strain & Pain

When using virtual reality headsets, as many as 70 percent of users complain of nausea and dizziness, according to ABC News. The realism of the simulation can affect how a user perceives the space around them, leading to general discomfort that sometimes manifests as motion sickness.

Eye strain and pain are common issues when using VR headsets. When people use VR, they strain their eyes to focus on the image they see, but what they are actually doing is focusing their eyes on a pixelated screen.

Virtual reality is a computer-generated simulation of a real or imagined environment. Most modern and consumer applications of this use a headset to see the environment. (Learn More)

When using VR, a user’s brain is forced to process visual stimuli in a different way than normal. This can cause eye strain, which is simply a case of the eye muscles becoming fatigued. (Learn More) Eye strain will not cause long-term problems, but it is a sign that the eyes and brain need a break from the activity. (Learn More) 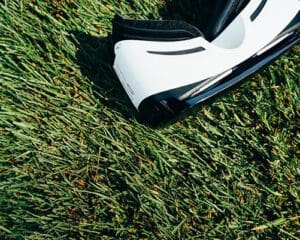 Simply resting and not using VR headsets for too long will help to avoid eye strain. (Learn More)

Because children’s brains are still developing their sense of sight and perception, they should probably not use VR headsets. (Learn More)

What Is Virtual Reality? 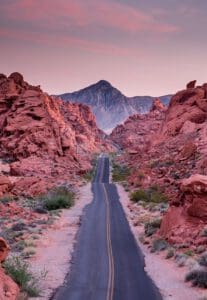 Virtual reality, or VR, is a technology that allows people to interact with computer-simulated environments. The environments can depict real-world settings for training or therapeutic purposes, or fantastical ones for gaming and recreation.

Most virtual reality systems are visually delivered, either displayed on a computer screen or through a special headset that users wear. The full headset is required in order to completely take up their field of vision and eliminate the sight of real-world objects and settings.

People interact with the VR world by using a keyboard and a mouse, or a specially calibrated gloves and controllers, to simulate movement and interaction with elements within the VR world.

When using virtual reality headsets, as many as 70 percent of users complain of nausea and dizziness, according to ABC News. The realism of the simulation can affect how a user perceives the space around them, leading to general discomfort that sometimes manifests as motion sickness.

Eye strain and pain are common issues when using VR headsets. When people use VR, they strain their eyes to focus on the image they see, but what they are actually doing is focusing their eyes on a pixelated screen.

The current generation of headsets does not completely address the optical issues that come with a device that has to be used so close to the eyes. VentureBeat points out that virtual reality headsets ask the brain and the eyes to process visual information in ways that do not come naturally. Indeed, “the brain has to fight against its normal (functioning)” in order to make sense of what the VR screens are telling it, which is what causes some people to have headaches and eye pain after using a headset.

Human beings have a typical field of view of 200 degrees (how much a person can see around them at any given moment), 140 degrees for binocular vision (the overlapping field of view, which allows us to perceive depth), and 60 degrees for peripheral vision (what we can see out the corners of our eyes). Consumer VR headsets only have 35 degrees field of vision, which is what causes the brain to struggle to perceive distance and relative space within the VR environment. This is also what puts pressure on the eyes to try and determine where “things” are in that environment. 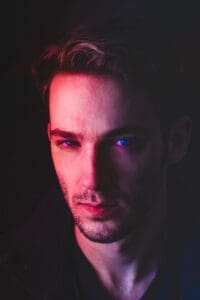 Eye strain is not unique to VR headsets, but it is nonetheless a risk. Eye strain happens when the eyes are put through intense use. It is a form of fatigue. Any eye discomfort caused by focusing the eyes on an object (or objects) for long periods of time would be considered eye strain, whether this happens while looking at a computer screen, reading in poor visibility, driving for extended periods of time, or using a virtual reality headset.

Eye strain is known as asthenopia, and it is also referred to as eye fatigue. Symptoms include tired eyes, which simply means difficulty with focusing vision, blurry vision, headaches, and sometimes double vision. These usually result from intense use of the eyes for visual tasks, often without adequate eye care and breaks.

Eye strain can be painful and frustrating, but as the American Academy of Ophthalmology writes, it is not a serious condition, and it can be quickly and easily remedied. Usually, all it requires is a break from the activity and a short period of rest, allowing the eyes and brain to heal.

There are some cases in which eye strain is a symptom of a more serious eye condition, which would require optometric treatment. For the most part, however, timing VR sessions to allow for breaks, or limiting the use of the headsets, will reduce instances of eye strain.

Sometimes, with intense use of the eyes, people unintentionally and subconsciously clench their facial muscles or frown. Doing this for too long can also add to eye strain because the muscles in and around the eyes are not allowed to rest. Additionally, the pain of eye strain can also compel people to clench and frown (either to get through the discomfort or because they don’t know what’s causing it), leading the eyes to continue to suffer.

Virtual reality headsets can be quite heavy — anywhere from 300 grams to well over 1,000 grams — and using the sets for an extended period of time can put a great deal of pressure on the eye sockets and face. This will likely also contribute to eye strain.

Additionally, most people tend to blink less than normal when carrying out visual tasks that require concentration, especially in gaming. A decrease in blinking can cause the surface of the eyes to become dry, which leads to eye pain and dry eyes. This is particularly true with a VR headset, which can be both heavy and hot to use.

VR headsets can be calibrated to account for refractive errors (the necessity for glasses for nearsightedness, farsightedness, or both), but a user who has such problems with their eyesight and uses a VR headset will likely still suffer from eye strain if they use the headset too much.

Eye strain can be uncomfortable and even painful if exacerbated. However, there are no long-term consequences to it. There have been no reported or known cases of eye strain causing damage to the eyes or chronic problems to vision.

That being said, eye strain can still be disruptive. If a user does not take a break from their VR experience, they will likely struggle with physical and mental fatigue, headaches, and other associated problems, such as a loss in productivity.

How to Avoid Eye Strain

When using a virtual reality headset, the following good practices will reduce instances and severity of eye strain:

In the event that the eye strain persists, over-the-counter artificial tears can help to reduce discomfort in the eyes. If all else fails, an ophthalmologist should be consulted.

Are Headsets Safe for Kids? 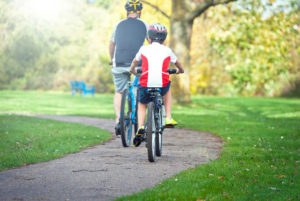 Although the American Academy of Ophthalmology notes that there is no threat of permanent vision damage as the result of using VR headsets, Scientific American writes that the “vergence-accommodation conflict” poses a risk in child use of VR.

The “conflict” is the process of how the eyes work. First, the eyeballs look in the general direction of an item (vergence), and then the brain focuses the lenses in the eyeballs (accommodation). When the two processes come together, this creates a picture that the brain can process.

Similar to the field of view problem mentioned earlier, today’s virtual reality headsets can, at best, only simulate an illusion of depth. They do this by showing a marginally different image on each screen (one in front of the left eye, and the other in front of the right eye). This means that, regardless of how far away the object appears in the VR simulation, the eyes are still focused on a fixed point, even though they are converging on something that looks farther away.

An optometrist speaking to Scientific American suggested that this is the same reason some people experience eye strain when watching a 3D movie.

This will likely only be a problem if the person experiencing the symptoms already had weak eye movement and control. People with this problem are likely already susceptible to eye strains and headaches.

Children who experience this when they use VR will probably have to wear corrective lenses as they grow up. In an unexpected way, VR headsets may alert parents and optometrists to problems waiting to happen.

There remains no established research on the full range of effects that virtual reality headsets have on children’s vision. This is partially because of obvious ethical concerns, but also because headset manufacturers would not want to appear medically and legally liable for their products inducing headaches and eye strains in young consumers.

Researchers have pointed to other issues of exposing children to VR. Children are still learning how to tell fantasy from reality, and some of the content they might see in a VR setting might be too traumatic for them to adequately process.

While virtual reality is not inherently unhealthy or dangerous, doctors recommend being safer, rather than sorry, when it comes to children using it. This is both for their mental health, as well as to let their eyes develop normally.

The Complete Guide To Virtual Reality – Everything You Need To Get Started. (November  2016). The Guardian.

Cameras vs. the Human Eye. Cambridge in Colour.

How to Keep Your Battery From Overheating When Using a Virtual Reality Headset. TechNorms.