Brown Eyes vs. Hazel Eyes: What Makes Them So Special?

Home » Vision Education » Brown Eyes vs. Hazel Eyes: What Makes Them So Special? 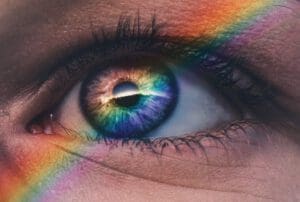 Throughout the world, 79 percent of people have brown eyes and 5 percent have hazel eyes. These two colors are often considered the same color, but they are two distinct hues.

The iris of your eye is the part that has color. There are genes that work to determine whether your eyes are brown, hazel, or another color. (Learn More)

Both brown and hazel eyes are in the brown family. But hazel eyes feature other colors in addition to brown. (Learn More)

Pigmentation plays a major role in whether you have brown or hazel eyes. Melanin also determines how dark your eyes become. (Learn More)

Both of these eye colors come with their benefits. For example, if you have brown eyes, you tend to have a lower risk of macular degeneration. (Learn More)

How Do Brown and Hazel Eyes Occur?

The genes associated with eye color largely work in the transport, storage, and production of melanin — the pigment that results in eye color. Two of the common genes are HERC2 and OCA2.

A substance called a P protein works to mature melanosomes. These are a type of cellular structure that work to store and produce melanin. The OCA2 gene produces this protein. Since brown eyes have a lot of melanin, they have higher levels of P protein.

HERC2 has a region referred to as intron 86. Within this region is a DNA segment that controls OCA2 gene activity. HERC2 essentially turns the OCA2 gene off or on when it is necessary. With higher OCA2 activity, your eyes will be darker.

While these two genes are the ones that are primarily responsible for eye color, they are not the only genes that play a role. It is believed that other genes play a lesser role in eye color by combining with HERC2 and OCA2 to produce a variety of eye colors.

In many cases, you can predict a child’s eye color based on their parents. However, there are certain genetic variations that make some results unpredictable.

How Are They Similar and Different? 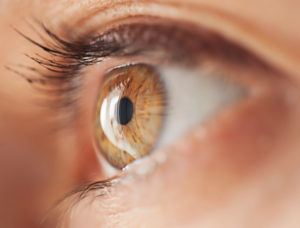 Brown and hazel eyes are often put into the same category. In certain types of light, especially low light, hazel eyes can appear to be light brown.

However, hazel eyes are far more diverse compared to brown eyes. When eyes are hazel, they are brown mixed with amber and green. In some cases, there are shades of gray, blue, and gold within the iris too.

Brown eyes may also have some green in them. However, it is not nearly as noticeable as it is when someone has hazel eyes.

With brown and hazel eyes, the other colors may appear as rings or flecks of color. This is part of what makes these eyes so distinctive. Due to the differences, no set of brown or hazel eyes is like those of another person.

What Are the Unique Characteristics of Brown and Hazel Eyes? 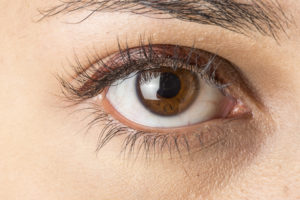 The pigmentation and melanin levels of these eye colors are unique compared to other eye colors. The more melanin in the iris of your eyes, the darker they are.

Myths About Brown and Hazel Eyes

It was once believed that one gene determined a person’s eye color. It turns out that there could be up to 16 genes responsible for this.

Because there are so many genes at play, parents can have children with an eye color that neither of them have.

Pros and Cons of Each Eye Color

Brown eyes are associated with increased and decreased risks of certain eye issues. When people have brown eyes, they tend to be at a lower risk for macular degeneration, eye cancer, and diabetic retinopathy. While the reason why is unclear, it is believed that this is due to brown eyes having greater protection due to a higher level of melanin.

Another possible benefit of hazel or brown eyes is that you may be less prone to damage from environmental noise. It is believed that the higher level of melanin may offer protective benefits for the brain’s nerves that may experience damage due to noise.

On the other side, brown eyes may be at a higher risk for developing cataracts. One study found that the risk may be twice as high as people with other eye colors. Exactly why this happens was not explored by the study.

Brown and hazel eyes have a variety of distinct characteristics that make them desirable colors.

Why Are Brown Eyes the Most Common? (August 2017). American Academy of Ophthalmology.

Is Eye Color Determined by Genetics? (May 2015). Genetics Home Reference.